"Flying to Blåkulla: Letters from an Easter Witch" is a ride through Swedish Easter Witch tradition

The exhibit is a ride through the history of the Swedish Easter Witch tradition.
WPVI
By Bethany Owings 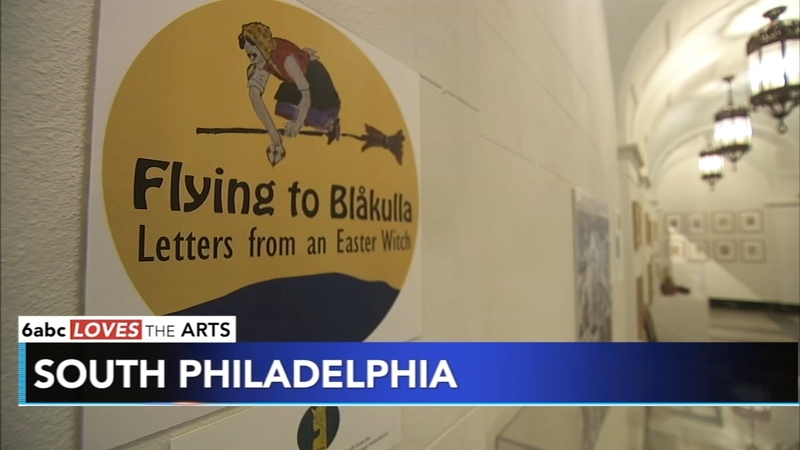 "Flying to Blåkulla is a ride through Swedish Easter Witch tradition

SOUTH PHILADELPHIA (WPVI) -- While Easter in America typically involves a bunny and eggs, in Swedish tradition, there are Easter witches and letters left on stoops. In this week's 6abc Loves the Arts, Karen Rogers takes us to The American Swedish Historical Museum in FDR Park where a new exhibition explains it all.

Flying to Blkulla: Letters from an Easter Witch is a ride through the history of the Swedish Easter Witch tradition.

"The belief in witches and they're flying to this little island of Blkulla, which is where supposedly the devil was supposed to reside," says Christopher Malone, Curator at the American Swedish Historical Museum.

Legend holds that the devil threw parties there during the Easter season, a story that formed the basis for how Swedish children still celebrate the Easter holiday today.

And they go door-to-door, giving residents a hand-drawn Easter letter in exchange for candy that they collect in a copper pot.

"To represent the kettle that witches were giving to the devil," says Malone.

The witches were said to sometimes carry dolls and horns.

"To carry this odd ointment that made them be able to fly," says Malone.

The exhibition is based on a set of Easter letters from a local Swedish family that immigrated to Philadelphia in the 19th century.

There's also a book on the history of witchcraft that was used during the Witch Trials in Sweden, Germany and America.

A relic called the Malleus Maleficarum," says Malone, "The book talks about witches flying, how they got the ointment."

The Easter Witches folklore started as a tactic to keep children on their best behavior.

"Remember what Easter is all about. If you don't do those things, then you're going to be taken by one of the witches and flown to this little island called Blkulla," says Malone.