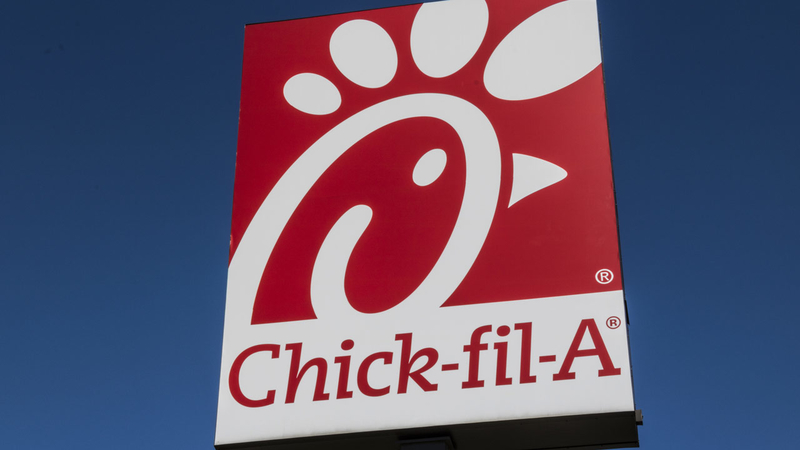 LAWRENCE TOWNSHIP, N.J. -- Students at a private university in New Jersey can eat more chicken as long as it's not Chick-fil-A.

Rider University removed the restaurant from a survey of dining options "based on the company's record widely perceived to be in opposition to the LGBTQ community." The fast-food chain was included in previous surveys.

Chick-fil-A says it has supported Christian values. Its corporate purpose is "To glorify God by being a faithful steward of all that is entrusted to us."

Rider says it understands some may view the decision as a "form of exclusion." But the school says it wanted to be "faithful to our values of inclusion."

The university plans to hold a campus forum so that all voices can be heard.

Dear members of the Rider community,

A few weeks ago, we sent a survey to students to elicit feedback on options for bringing a new restaurant franchise to Rider. Although it was included in previous surveys, Chick-fil-A was removed as one of the options based on the company's record widely perceived to be in opposition to the LGBTQ+ community.

That decision required a difficult assessment of competing interests. We sought to be thoughtful and fair in balancing the desire to provide satisfying options for a new on-campus restaurant while also being faithful to our values of inclusion.

The choices in this situation, like in so many others, were imperfect. They challenged us to reflect on our values and consider what kind of community we want to provide for those who live and learn at Rider University. Ultimately, we decided to lean in the direction of creating a welcoming environment where differences can be appreciated and where each individual can expect to experience dignity and respect.

We understand that some may view the decision as being just another form of exclusion. We want to be clear that this was not the spirit in which the decision was made. We fully acknowledge an organization's right to hold these beliefs, just as we acknowledge the right for individuals in our community and elsewhere to also personally hold the same beliefs.

In many ways, this issue is one that goes beyond our decision and touches on a complex conversation taking place throughout the country. We believe this is a conversation worth having, and we encourage dialogue to take place where many individuals with different perspectives can engage one another respectfully. As an institution of higher learning, we believe strongly in the open exchange of ideas and positions - especially around a complex issue such as this one.

Because of that, we've asked Rider's Center for Diversity and Inclusion to organize a campus forum so that the voices of students, faculty, staff and others can continue to be heard, and we can all grow from this experience. We will share more details when they become available.