Frankie Valli, who is celebrating turning 88 on Tuesday, says he will get a Philly cheesesteak when he comes to town.
WPVI
By Alicia Vitarelli and 6abc Digital Staff 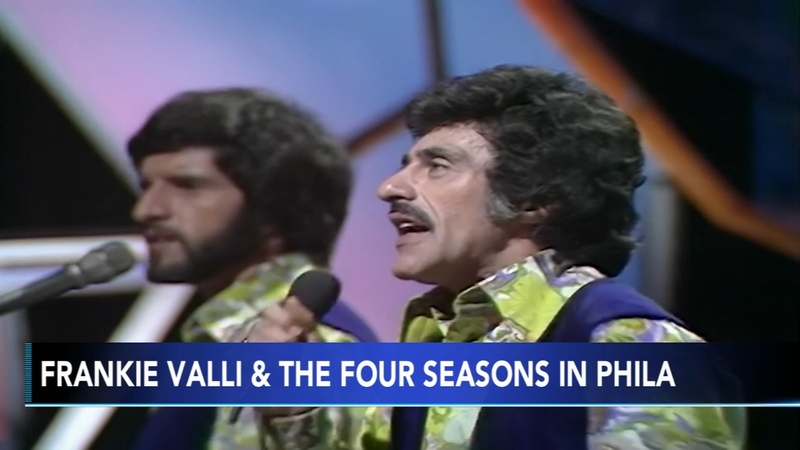 Frankie Valli and the Four Seasons to perform in Philly

PHILADELPHIA (WPVI) -- For more than 60 years, Frankie Valli and The Four Seasons have been a force in the music industry.

This week, the Rock and Roll Hall of Fame inductees are coming to perform in Philadelphia.

Action News had the chance to chat with Valli, who says he considers this a sort of homecoming.

While Valli and the Four Seasons are considered "Jersey Boys," he says he fondly remembers his career kicking off in Philadelphia on American Bandstand with Dick Clark.

He recalls his early days with local icons Frankie Avalon and the now late Bobby Rydell.

He also spent his summers with his grandparents in Scranton, picking and selling blueberries.

When he comes to perform at The Met Philadelphia on Thursday, Valli says he will bring a lot of hits and a lot of memories.

"It feels incredible to still be singing these songs," Valli said. "The approach for a performer is that you need to do it as though it's the first time for the people that come to see you. We try to include the audience as much as possible. It's really a fun show, and it becomes like a sing-a-long."

This is all part of a massive 30-show tour for Frankie Valli and the Four Seasons.

They head to the Wind Creek Event Center in Bethlehem on Friday.

Valli, who is celebrating turning 88 on Tuesday, says he will get a Philly cheesesteak when he comes to town.