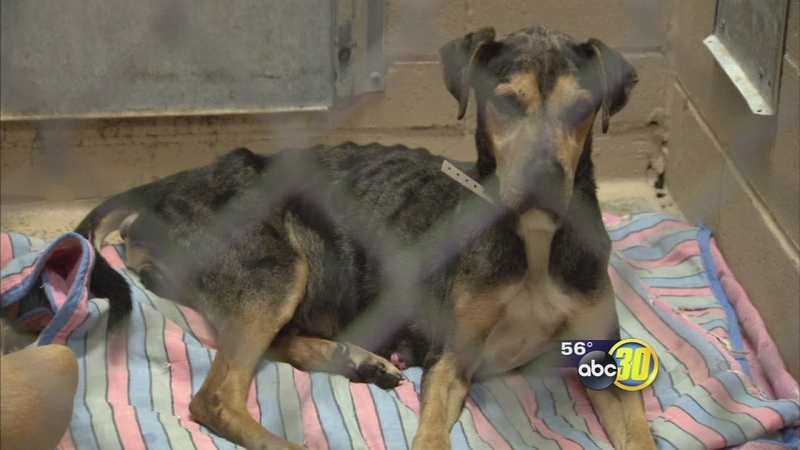 FRESNO, Calif. -- Police say a Southeast Fresno man is in jail for trying to make butane honey oil and nearly killing one of his dogs.

In the quarantine section of the SPCA, a pained sigh from a dog who's hardly eaten in weeks.

One of the dogs can barely walk and another is bloated likely from internal injuries.

"It could be that she has internal parasites, or again it could be due to pregnancy," said Arenas.

The two neglected dogs were found by Fresno police on Thursday while they were searching a Southeast Fresno home for drugs. Police say Christopher Tognazzini, 42, had seven pounds of marijuana and the materials needed to make butane honey oil at his Southeast Fresno apartment.

The SPCA was called to the 700 block of West Hammond Avenue to rescue the animals and nurse them back to care before they decide if they must be euthanized, adopted out or given back to their owner.

"Currently that can't be determined until the case has finally gone through, like the Fresno Police Department they need to do what they need to do and then from there we can proceed," said Arenas.

Tognazzini was also charged with possessing codeine syrup and violating a restraining order.

The SPCA says they take in roughly 70 to 100 animals a day and they just don't have the space for these animals. There are abused and neglected animals that need homes. For more information, click here.