Gas prices top $4 per gallon across parts of Delaware Valley

Gas prices in the Philadelphia area on Thursday morning were up 8 cents per gallon from Wednesday night.
WPVI
By Corey Davis 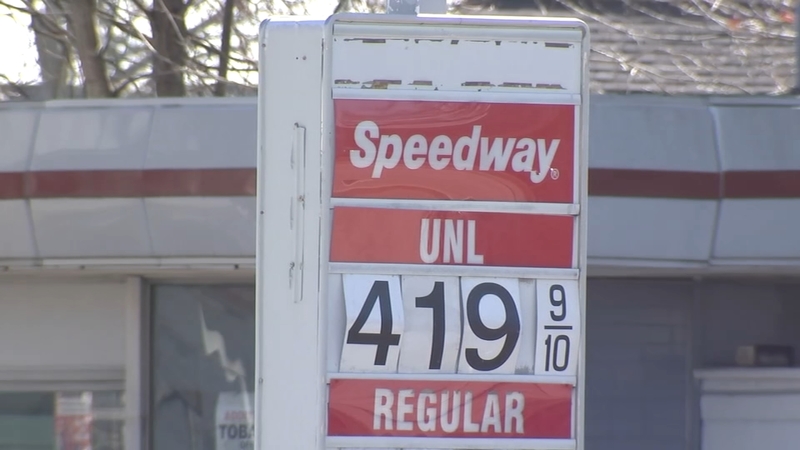 Gas prices top $4 per gallon across parts of Delaware Valley

PHILADELPHIA (WPVI) -- An overnight increase has put the average cost of regular unleaded in the Philadelphia five-county area above $4 per gallon in some areas.

On Thursday morning, the price was up 8 cents from Wednesday night.

Bob Brotzman owns the Sunoco gas station on West Chester Pike and Eagle Road. He says both owners and consumers are feeling the pain.

By Thursday afternoon, gas at his station was $4.29.

The cost to fill up is typically lower during the winter months, but the opposite is currently happening.

Tidwell said there are several driving factors for the increase since the beginning of the year.

"A shortage in those who drive fuel trucks across the country to deliver the fuel," Tidwell said. "Now the invasion of Ukraine by Russia is pushing the prices of crude oil higher."

Tidwell said the five-county record topped off at $4.15 per gallon back in 2008 and now it's hard to say just how high prices could go this time.

"I wish I had a crystal ball," Tidwell said. "So, in the short term, unfortunately, we're looking at high gas prices. What that means moving on into the summer driving season, it's still too early to tell,"

Andre Clay is another driver who is paying more, but he uses premium to fill up his BMW.