Delco man lucky to be alive after hit-and-run outside home: 'I want to get back to normal'

"I wake up, I'm in pain all the way until I go to sleep," said Flick in an exclusive interview with Action News.
WPVI
By Bryanna Gallagher 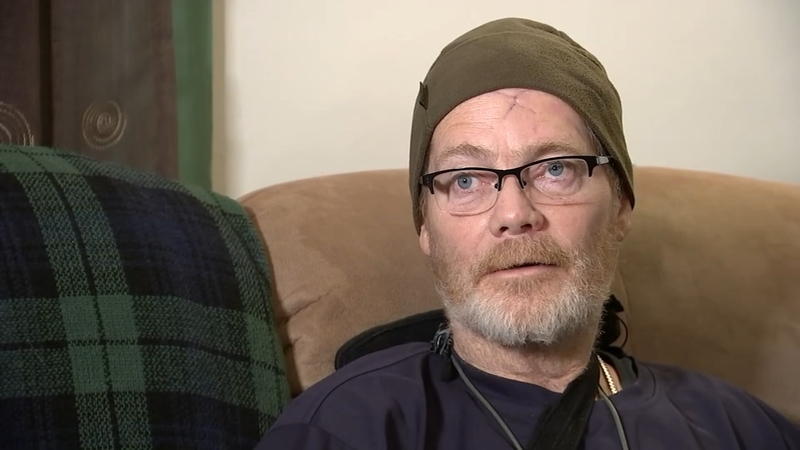 GLENOLDEN, Pennsylvania (WPVI) -- A Glenolden, Pennsylvania man who barely survived a hit-and-run outside of his own home is speaking out.

Richard Flick is recovering, but the person who hit him is still on the run. Doctors told him he's lucky to be alive.

Flick's world has been turned upside down since December 12 -- the night he was struck by a car speeding by his home along South Elmwood Avenue around 5:30 p.m.

Although he has no memory of what happened, he's suffering from the pain.

"I wake up, I'm in pain all the way until I go to sleep," said Flick in an exclusive interview with Action News.

EXCLUSIVE: “I want to get back to normal I thought somebody would have come forward by now.”

Richard Flick is lucky to be home & alive. I sat down with Rick & his fiancé. They’re exclusively speaking with @6abc about his recovery from a hit & run. The driver is still out there. pic.twitter.com/IJRP6OGmWI

Almost two months later Flick is home, but full recovery is going to take some time.

"I want to get back to normal, but I know I'll never get back to normal. I lost eyesight in my left eye. I have bleeding on the brain right now. I just want to heal and be as much of the old me as I was," Flick told Action News.

On top of that, he's barely able to walk with two broken ankles.

"What used to take me five minutes to come down to have a cup of coffee, takes me like an hour and a half now," explained Flick.

His days are filled with doctor's appointments, multiple therapy sessions, and CT scans every three weeks due to brain trauma.

His fiance Carrie Hamilton was worried about his brain bleeding in December, and it's still a concern today.

The couple hopes whoever did this comes forward.

"I was a little more hopeful ... I thought somebody would have actually turned themself in by now. I don't know how you can live with it," Hamilton said.

The family is hoping to get speed bumps installed. The borough says it's a lengthy process that they are looking into and have ordered a traffic study.

Glenolden police say they have received some calls, but a suspect is still being sought.