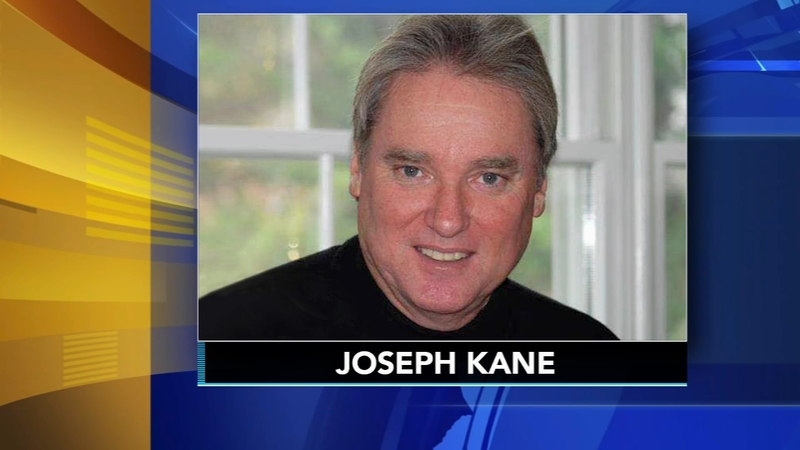 CENTER CITY (WPVI) -- A 64-year-old man continues to recover in a Philadelphia hospital after a massive heart attack left him unconscious on a street in Center City.

Fortunately, a pediatrician who happened to be walking by helped save his life, and now a search is underway to try to find the good Samaritan and thank him.

"He left his coat with his cell phone and said, 'I'm just going to go out and check the meter,'" said his brother, Matthew. "And then never came back."

According to Matthew, Joseph had been out to dinner at Tequilas in Center City last Friday with his wife and another couple. Joseph went out to feed the meter around 8:30 p.m. and collapsed right in the middle of the street.

"I think if he was off to the side of the street people may have walked past him," Matthew said.
"A pediatrician happened to be walking down that street at that time. I mean, what are the odds of that? Immediately started administering CPR," Matthew said.

The doctor administered CPR to Joseph until EMTs arrived.

"From what the doctor said, this guy is probably one of the main reasons my brother is alive today," said Matthew.

Turns out, Joseph needed quadruple bypass surgery and is now resting at the hospital.

"We just lost my father a couple weeks ago. Maybe it was my father saying- we're just giving you a shot here!" said Matthew.
When it comes to the description of the pediatrician, the family doesn't have a lot to go on. They're hoping this story will help in their effort to find him, others who helped him, and the others who came to his aid.

The family already thanked the EMTs who visited the hospital on Thursday, and they'd also like to catch up with a FedEx worker who called 911. They hope someone knows this doctor.

"We would love to know who this pediatrician is," said Matthew. "He was this angel who was here, gone, and we would just like to be able to say thank you to him personally."