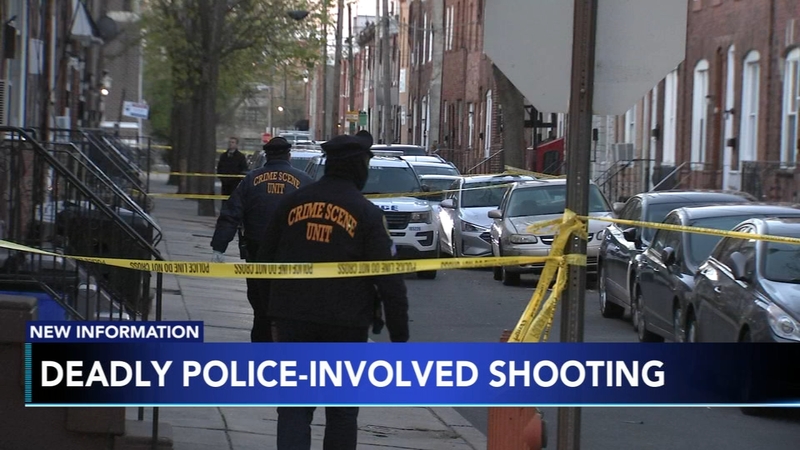 PHILADELPHIA (WPVI) -- New information has been released concerning a deadly police-involved shooting in the Grays Ferry section of Philadelphia.

The incident began around midnight Friday on South Bailey Street near Dickinson Street.

Police said officers responded to the area after receiving reports of gunshots. According to investigators, Officers Bradford Conlon and Antoine Hayes entered through an alleyway after hearing there were people in a backyard in the area.

The officers said they saw a man and a woman outside a home on South Bailey Street, but seconds later the woman began firing several shots at the officers.

Investigators said the officers returned fire and then chased the two into a house where they were subsequently arrested.

Police said the male suspect, identified as Giuseppe Particianone, died from his injuries.