It's Groundhog Day! Punxsutawney Phil did not see his shadow 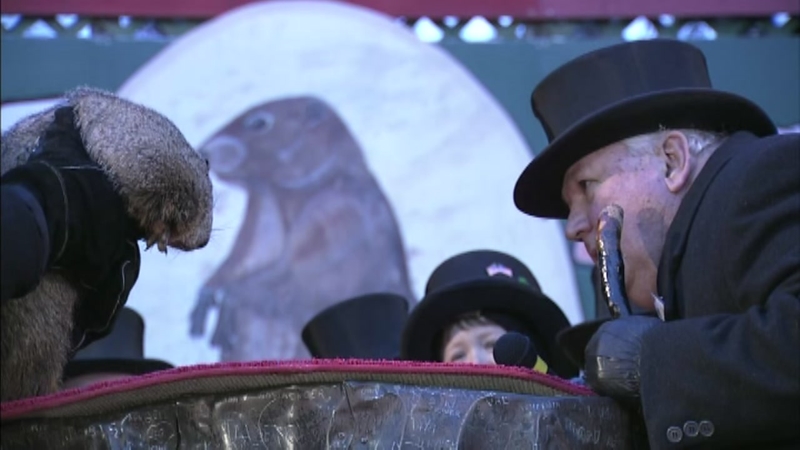 It's Groundhog Day! Punxsutawney Phil did not see his shadow

PUNXSUTAWNEY, Pa. -- It may be hard to believe as a large swath of the U.S. thaws out from a bitter polar vortex, but spring is coming early, according to handlers for some of the country's most famous prognosticating groundhogs.

Just before 7:30 a.m. Saturday, Punxsutawney Phil emerged from his burrow in Pennsylvania at sunrise and didn't see his shadow. Nearly the same series of events unfolded about 300 miles (483 kilometers) to the east, where Staten Island Chuck's handlers also revealed the same prediction.

The festivities have their origin in a German legend that says if a furry rodent casts a shadow on Feb. 2, winter continues. If not, spring comes early.

In reality, Phil's prediction is decided ahead of time by the group on Gobbler's Knob, a tiny hill just outside of Punxsutawney. That's about 65 miles (105 kilometers) northeast of Pittsburgh.

Staten Island Chuck in New York City did not see his shadow, just like Punxsutawney Phil, meaning we can expect an early spring.