Art of Aging: Curbing senior social isolation by using power of the pen 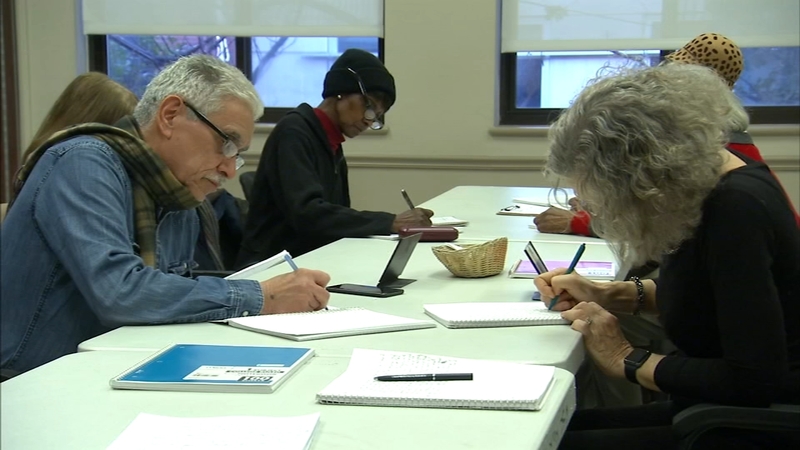 Art of Aging: The Best Day Of My Life So Far

SOUTH PHILADELPHIA (WPVI) -- Social isolation can be a big problem for older adults, especially during the winter months, but one local woman is working to curb this issue by using the power of the pen.

When many seniors were growing up in the '50s and '60s, there were things that people didn't talk about.

In 2009, Benita Cooper decided to change that for older adults and started a non-profit inter-generational storytelling group.

"They get a chance to be themselves, and be valued for who they are," she said. "It's kind of our most powerful method of reducing older adult isolation."

It's called "The Best Day of My Life So Far" and it's still going strong a decade after it started at the Philadelphia Senior Center.

"Because it meets weekly and by me meeting weekly, it builds discipline and more important than that, it builds relationships," said Cooper.

"We all have a story to tell and we all want to be heard and listened to and this is a great opportunity for other people to share their life stories," said Julie Nelson, center manager at Philadelphia Senior Center.

Cooper says her work with older adults was inspired by her relationship with her grandma.

"It's that deep joy, and that very genuine connection that I want to share," she said.

Cooper and her grandma shared stories over the phone, but, for this project, she wanted to bring people together face-to-face.

"And then you are invited to write, if you would like. And everybody who has written will get a chance to read out loud," she said.

The topics range from personal to political.

"I think the beauty of this community that we have all built together and this approach to life that we're promoting is that everybody is mutually empowering one another," said Cooper.

"It's just interesting to be able to share with the people who are in your age group. You relate to them," said Frances Bryce from Philadelphia.

Cooper says she feels gratitude for being able to be a part of this community.

"I have benefited as much as they have," she said.
Report a correction or typo
Related topics:
health & fitnesshealthart of aging
Copyright © 2021 WPVI-TV. All Rights Reserved.
More Videos
From CNN Newsource affiliates
TOP STORIES