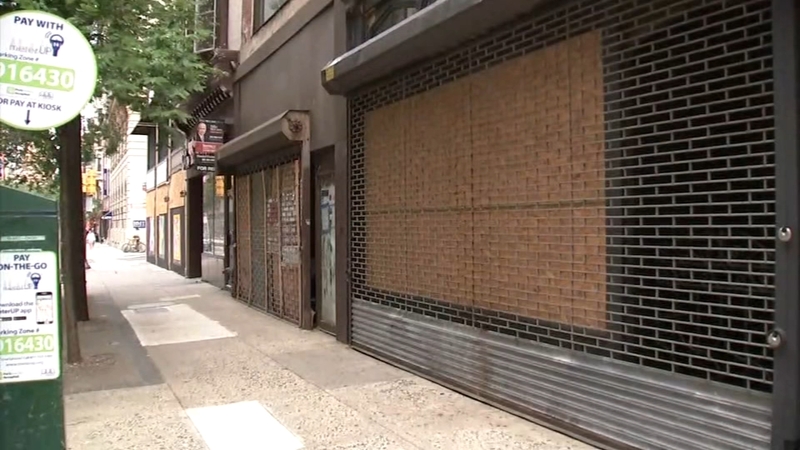 U.S. District Judge William Stickman IV, who was appointed by President Donald Trump, sided with plaintiffs that included hair salons, drive-in movie theaters, a farmer's market vendor, a horse trainer and several Republican officeholders in their lawsuit against Wolf, a Democrat, and his health secretary.

The Wolf administration's pandemic policies have been overreaching and arbitrary and violated citizens' constitutional rights, Stickman wrote in his ruling.

The governor's efforts to slow the spread of the coronavirus "were undertaken with the good intention of addressing a public health emergency. But even in an emergency, the authority of government is not unfettered," Stickman wrote. "The Constitution cannot accept the concept of a 'new normal' where the basic liberties of the people can be subordinated to open-ended emergency mitigation measures."

The ruling means that current restrictions, including ones that limit the size of indoor and outdoor gatherings, can't be enforced, according to attorney Thomas W. King III, who represented the plaintiffs.

"It's really 100% in our favor. The court found in all respects that the orders issued by the governor and the secretary of health were unconstitutional. What it means is they can't do it again, and they should not have done it in the past," King said.

Wolf's spokesperson, Lyndsay Kensinger, said the administration will seek delayed enforcement of the ruling while it appeals.

"The actions taken by the administration were mirrored by governors across the country and saved, and continue to save lives in the absence of federal action. This decision is especially worrying as Pennsylvania and the rest of the country are likely to face a challenging time with the possible resurgence of COVID-19 and the flu in the fall and winter," Kensinger said in a written statement.

Response from @GovernorTomWolf ‘s spokesperson Lyndsay Kensinger ,”The administration is disappointed with the result and will seek a stay of the decision and file an appeal.” See full statement attached ... pic.twitter.com/hjoq4Sxr99

At a news conference Monday, the state health secretary, Dr. Rachel Levine, pleaded with Pennsylvania residents to maintain social distancing and avoid crowds despite the ruling. She said of the ruling that "anything that limits our ability and the number of tools we have is a challenge to public health."

Courts had consistently rejected challenges to Wolf's power to order businesses to close during the pandemic, and many other governors, Republican and Democrat, undertook similar measures as the virus spread across the country.

Gov. Wolf unveils color-coded plan to reopening Pennsylvania as reported by Bob Brooks during Action News at 11 on April 22, 2020.

Wolf has since eased many of the restrictions, allowing businesses to reopen and canceling a statewide stay-at-home order.

But over the summer, his administration imposed a new round of statewide pandemic restrictions on bars, restaurants and larger indoor gatherings in response to rising infection rates in some virus hot spots. The state has been enforcing a gathering limit of more than 25 people for events held indoors and more than 250 people for those held outside. It has also been restricting occupancy at most businesses to 75% capacity, and 50% at theaters, gyms, salons and malls.

Some counties, like Allegheny and Philadelphia, have their own pandemic restrictions. King said Monday he thinks the judge's ruling invalidates those, as well, but a city spokesperson said otherwise.

"So within Philadelphia, all of the orders and regulations that the City put in place are still in force. Today's ruling has absolutely no bearing on any of the orders, which have been effective in lowering the number of new cases of COVID-19 in Philadelphia to levels not seen since March," the spokesperson told Action News.

As Philadelphia businesses works to rebound from COVID-19-related restrictions, Center City Restaurant Week is getting underway.

Some business owners like Ann Turner, who operates a salon in town, say it's been a real struggle to survive.

"Would I have liked to stay open? Yes. We didn't want to be in some of those numbers that they considered non-essential businesses should not be open," said Turner. "It has been a challenge being a small business trying to survive COVID-19."

The School District of Philadelphia tells Action News that digital learning will continue, and the move to hybrid learning will still happen in November.

The lawsuit did not challenge the Wolf administration's order requiring people to wear masks in public.

Pennsylvania has reported that more than 145,000 people statewide have contracted the virus since the beginning of the pandemic. More than 7,800 people have died.