Teen's message: "I'm lucky to be alive. Just put down the vapes" 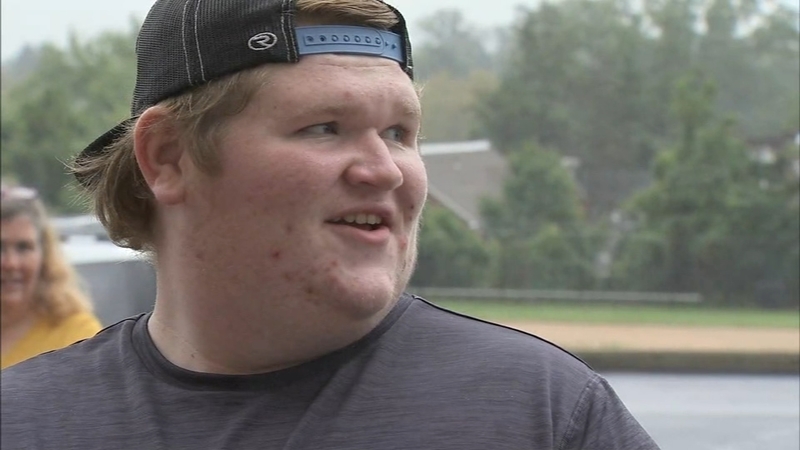 Teen's message: "I'm lucky to be alive. Just put down the vapes"

"I remember, it was just hard to breathe in general, and then I tried to go up the stairs and it was the worst thing ever," said Eddie Sullivan

Over the summer, the teen from Aston, Delaware County found himself with chest pains and gasping for breath.

He was rushed to two local hospitals before doctors determined he had pneumonia. But it wasn't until they spoke with the 17-year-old, that they learned it was caused by vaping.

He spent weeks in the hospital, most of that time on a breathing machine.

"I just felt peer pressure. I just did it because," Sullivan said.

"Hearing him talk about it with me and the doctor, he apologized, cried, and I said, 'let's put that behind us and move on, and I hope you've learned your lesson,'" said his mother, Geri Sullivan.

As of Friday night vaping has now cost five people their lives, according to the CDC

And new numbers of vaping-related illnesses have doubled to 450 cases across the country.

The feds are sounding the alarm on e-cigarettes and for people to avoid vaping amid the outbreak.

"Running through my mind, I do realize, I could have stopped that," Eddie said. "I wouldn't have been in this position if I didn't do in the first place."

Eddie admits he still gets winded walking, and climbing flights of steps, which has become his new normal.

"I just dont want to see anyone else go through that. It was a horrible experience. I almost died it was horrible," he said. "I'm lucky to be alive, just put down the vapes."
Report a correction or typo
Related topics:
health & fitnessaston townshippennsylvania newsvaping
Copyright © 2021 WPVI-TV. All Rights Reserved.
More Videos
From CNN Newsource affiliates
TOP STORIES