WPVI
By Maggie Kent
LOS ANGELES (WPVI) -- The Staples Center is known as Kobe Bryant's second home, but Newport Beach, California is where he and his family lived.

It's become a gatherine place for those mourning Bryant, who was killed - along with his 13-year-old daughter and seven others - in a helicopter crash on Sunday in California.

Outside the gated community Kobe Bryant called home, you'll find flowers and balloons, basketballs and candles, and mourners who long to remember Bryant on a more personal level.

Julie Hermes went to church with the Bryants.

"I got to know Kobe in the community, he was just a loving father," said Hermes.

In nearby Huntington Beach, employees of Kobe's neighborhood cheesesteak spot John's Philly Grille remember him for his kindness and accessibility.

ABC's Romina Puga has the latest on the fatal helicopter crash in California.

A photo of the five-time NBA champion hangs on the wall next to the register.

"As someone who's famous maybe expect all he's not so nice, or not so cordial, but he was such a sweet guy according to everyone who met him," said Remy Carpenter.

That personal connection is what is driving fans out to pay their respects, including Cowboys fan James Morales.

"I idolize him, like he did the Eagles. You look at a superstar like that and you say, 'Wow! He had a team that he was rooting for. He himself was a superstar.' It brings him back down to Earth, like a regular human being," said Morales of Aliso Viejo.

Bryant's fans gathered to pray for all nine people on board. The victims included Byrant and his 13-year old daughter Gianna; John Altobelli and his wife, Keri, were also on the flight with their daughter Alyssa; Christina Mauser, the assistant coach of the Mamba girls' basketball team; helicopter pilot, Ara Zobayan; mother and daughter, Sarah and Payton Chester. 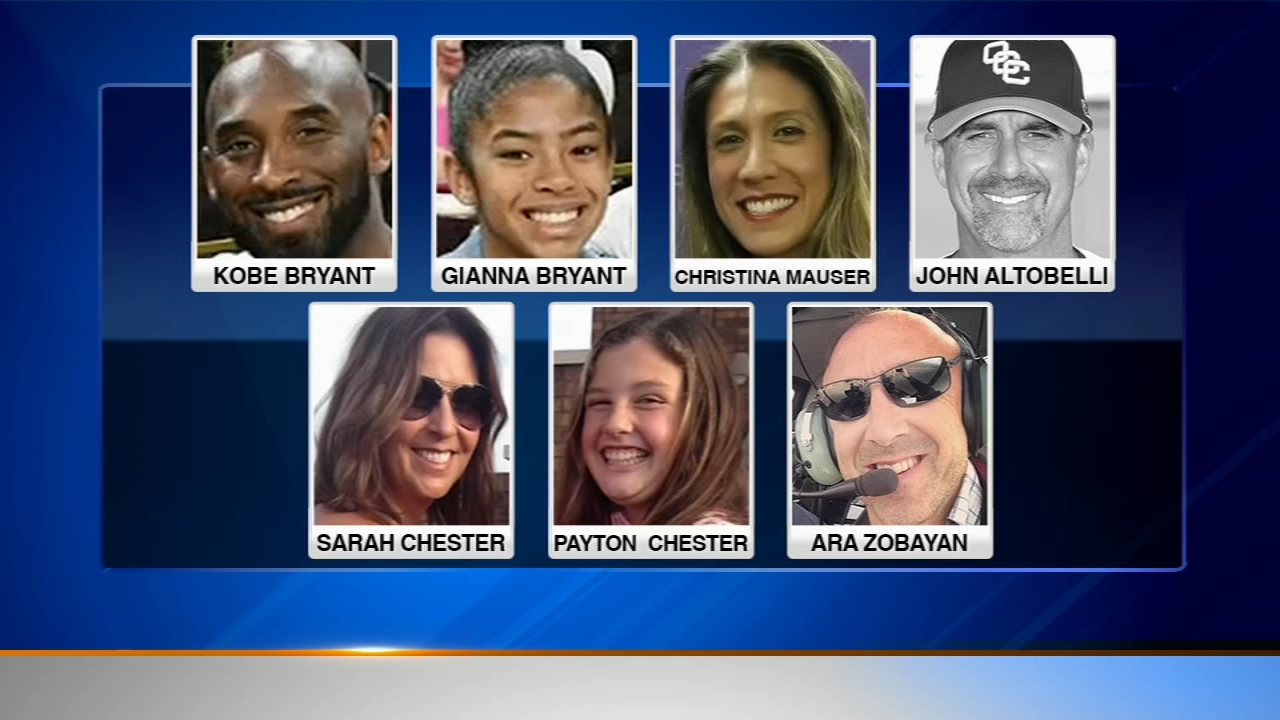 Nine people, including Kobe Bryant, were killed when a helicopter crashed in southern California.

"Not just Kobe and his daughter but to all of the members of the accident - they are all morning someone that they lost today," said Bri Lucas of San Diego.

There have been vigils in nearby Newport Beach parks every night since the crash, now the mayor of Los Angeles is working with the Lakers to determine the right way to memorialize Bryant for his many fans.
Report a correction or typo
Related topics:
sportskobe bryanthelicopter crashu.s. & world
Copyright © 2020 WPVI-TV. All Rights Reserved.
More Videos
From CNN Newsource affiliates
TOP STORIES