Woman, 91, fights off intruder in her NJ home 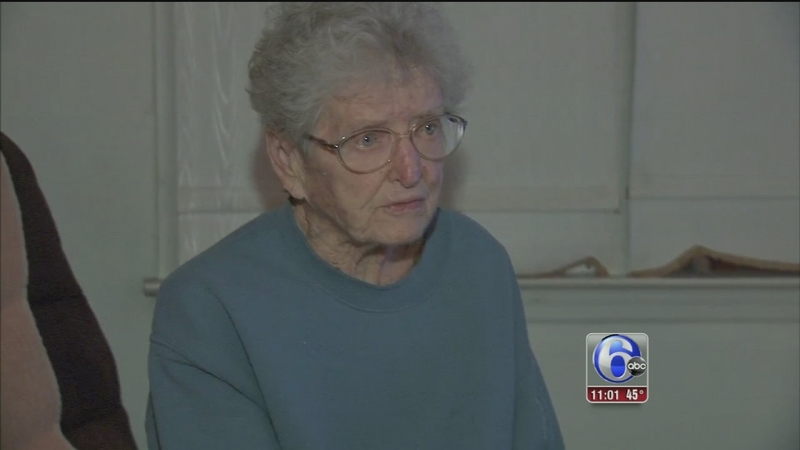 NORTHFIELD, N.J. (WPVI) -- A 91-year-old great-grandmother put up quite a fight when her neighbor broke into her Northfield, New Jersey home.

Residents say he's been terrorizing the neighborhood for years.

"I thought I heard noise outside, but I thought it was windy," said Florence Graham of Northfield.

It was close to midnight, Florence Graham was in her living room watching TV when things got strange. It started with a noise, then she saw a figure moving across her carpet.

"All of a sudden, I'm sitting here and he's crawling on my floor on his belly," said Graham.

The brazen intruder was Michael Flaherty, she says. The neighbor who'd shoveled her snow on multiple occasions.

Flaherty ran off with cash from Graham's purse, leaving his cell phone behind. Police arrived minutes after.

And this may not be the first time the 35-year-old robbed his victim. Neighbors say they saw the suspect leaving Graham's home this past weekend while she was away.

"He broke into one other home, two houses away, where he was doing some work for the people, and he went in and robbed them as well," said Dennis Sabella of Northfield.

Police later found Flaherty hiding in his bedroom and arrested him.

"There's got to be a special place in hell for him. You just don't do that," said Steinecke.

But for this great-grandmother, what's done is done. And she says she's ready to move on.