WPVI
WASHINGTON (WPVI) -- The U.S. House rushed ahead Tuesday toward impeaching President Donald Trump for the deadly Capitol attack, taking time only to try to persuade his vice president to push him out first. Trump showed no remorse, blaming impeachment itself for the "tremendous anger" in America.

Already scheduled to leave office next week, Trump is on the verge of becoming the only president in history to be twice impeached. His incendiary rhetoric at a rally ahead of the Capitol uprising is now in the impeachment charge against him, even as the falsehoods he spread about election fraud are still being championed by some Republicans.

The House on Tuesday night approved a resolution urging Vice President Mike Pence to invoke the 25th Amendment to the Constitution to remove Trump with a Cabinet vote and "declare what is obvious to a horrified Nation: That the President is unable to successfully discharge the duties and powers of his office." The resolution passed, It was approved 223-205.

Democrats proceeded even though Pence said he would not do what the resolution asked. In a letter to House Speaker Nancy Pelosi, he said it would not be in the best interest of the nation and it was "time to unite our country as we prepare to inaugurate President-elect Joe Biden." 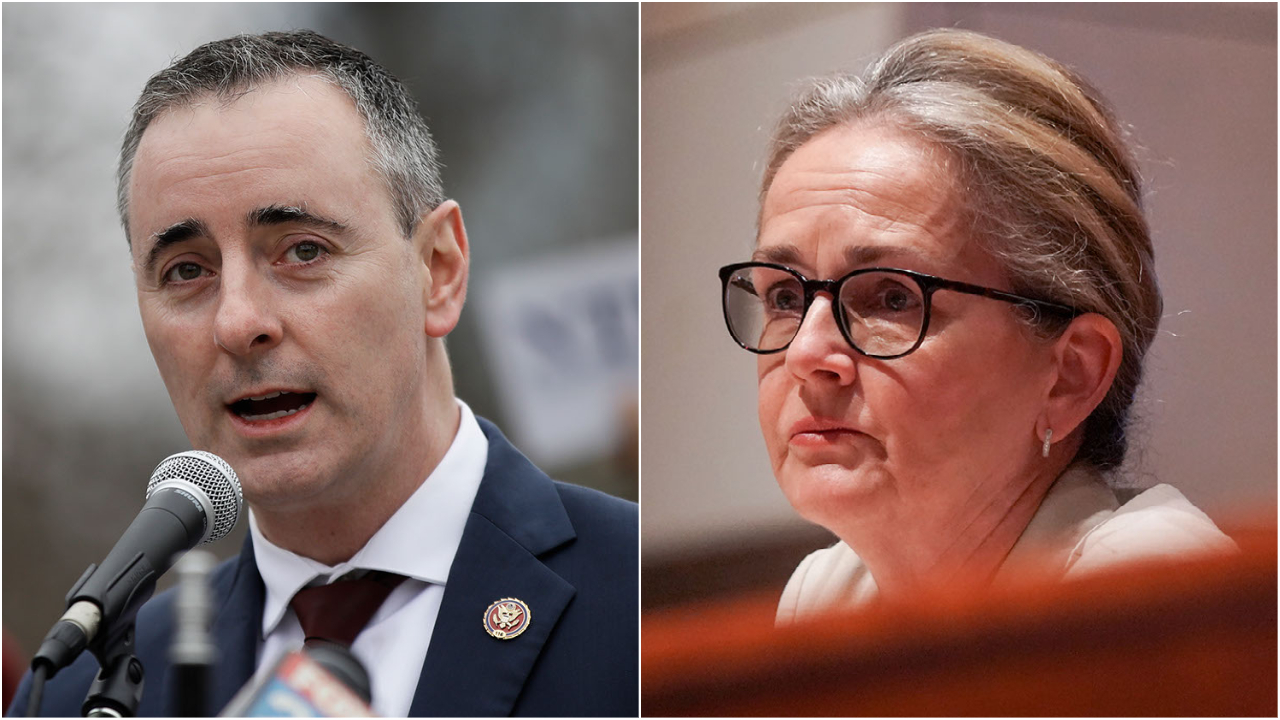 "The President of the United States summoned this mob, assembled the mob, and lit the flame of this attack," said Cheney in a statement. "There has never been a greater betrayal by a President of the United States of his office and his oath to the Constitution."
Reps. John Katko of New York, a former federal prosecutor, and Adam Kinzinger of Illinois, an Air Force veteran, said they, too, would vote to impeach.

Pennsylvania Rep. Brian Fitzpatrick (R-PA 1st District) says he and five other House Republicans introduced a resolution to censure President Trump on Tuesday for "attempting to unlawfully overturn the 2020 Presidential election and for violating his oath of office on January 6th, 2021."

"President Trump's attempts to undermine the outcome of the 2020 election have been unconscionable. The combination of a false information campaign coupled with inflammatory rhetoric led to the devastation that I was a personal witness to on the House Floor on January 6th. His actions threatened the integrity of our democracy, Congress, and his own Vice President. For months, President Trump has been lying to the American people with false information, and giving his supporters false expectations. The election is over," said Fitzpatrick. "Joe Biden will be sworn in as President of the United States on January 20th, 2021. President Trump's actions, behavior, and language are unacceptable and unbecoming of the office he holds for the next eight days."

In what was supposed to be a celebration of his signature achievement of his term, President Trump spent part of his time in south Texas taking shots at impeachment plans and his successor.

As lawmakers reconvened at the Capitol for the first time since the bloody siege, they were also bracing for more violence ahead of Democratic President-elect Joe Biden's inauguration, Jan. 20.

Trump, meanwhile, warned the lawmakers off impeachment and suggested it was the drive to oust him that was dividing the country.

In his first remarks to reporters since last week's violence, the outgoing president offered no condolences for those dead or injured, only saying, "I want no violence."

With Pence's agreement to invoke the 25th Amendment ruled out, the House will move swiftly to impeachment on Wednesday.

Trump faces a single charge - "incitement of insurrection" - in the impeachment resolution after the most serious and deadly domestic incursion at the Capitol in the nation's history.

A handful of other House Republicans could vote to impeach, but in the narrowly divided Senate there are not expected to be the two-thirds votes to convict him, though some Republicans say it's time for Trump to resign.

The unprecedented events, with just over a week remaining in Trump's term, are unfolding in a nation bracing for more unrest. The FBI has warned ominously of potential armed protests in Washington and many states by Trump loyalists ahead of Biden's inauguration and Capitol Police warned lawmakers to be on alert. The inauguration ceremony on the west steps of the Capitol will be off limits to the public.

Lawmakers will be required to pass through metal detectors to enter the House chamber, not far from where Capitol police, guns drawn, had barricaded the door against the rioters.

Law enforcement agencies in the Philadelphia region are on high alert after the FBI warns of 'armed protests' planned in all 50 capitols from January 16 through at least Inauguration Day.

The final days of Trump's presidency will be like none other as Democrats, and a small number of Republicans try to expel him after he incited the mob that violently ransacked the Capitol last Wednesday.

A Capitol police officer died from injuries suffered in the riot, and police shot a woman during the violence. Three other people died in what authorities said were medical emergencies.

In the Senate, Republican Pat Toomey of Pennsylvania joined GOP Sen. Lisa Murkowski of Alaska over the weekend in calling for Trump to "go away as soon as possible."
As Congress resumed, an uneasiness swept the halls. More lawmakers tested positive for COVID-19 after sheltering during the siege. Many lawmakers may choose to vote by proxy rather than come to Washington, a process that was put in place last year to limit the health risks of travel.

Among Trump's closest allies in Congress, House Republican leader Kevin McCarthy was among those echoing the president, saying "impeachment at this time would have the opposite effect of bringing our country together."

Democrats say they have the votes for impeachment. The impeachment bill drafted by Reps. David Cicilline of Rhode Island and Ted Lieu of California, during the riot lockdown, and joined by Raskin of Maryland and Jerrold Nadler of New York draws from Trump's own false statements about his election defeat to Biden.

Judges across the country, including some nominated by Trump, have repeatedly dismissed cases challenging the election results, and former Attorney General William Barr, a Trump ally, has said there was no sign of widespread fraud.

The impeachment legislation also details Trump's pressure on state officials in Georgia to "find" him more votes, as well as his White House rally ahead of the Capitol siege, in which he encouraged thousands of supporters last Wednesday to "fight like hell" and march to the building.

While some have questioned impeaching the president so close to the end of his term, there is precedent. In 1876, during the Ulysses Grant administration, War Secretary William Belknap was impeached by the House the day he resigned, and the Senate convened a trial months later. He was acquitted.