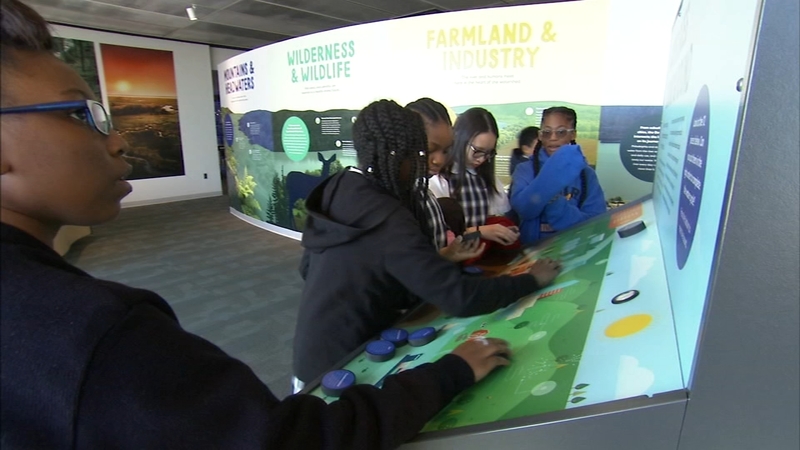 Independence Seaport Museum has a brand new permanent exhibition that brings to life the Delaware River that sits right outside the museum's walls.

It's called River Alive!, a $5 million makeover that opened just before the holidays, and it's the first thing you'll see when you walk into the Seaport Museum.

"This exhibit is a big departure for us," says John Brady, President and CEO of The Independence Seaport Museum. "It's very much in the style of a science center."

There's a Fisharium where school groups can study the health of the river and a citizen science lab.

"We have a program here called River Ambassadors where high school kids learn about the river and then present what they know," Brady explains. "There's nothing like a high schooler telling a 7-year-old how things are."

The museum is partnering with Drexel University to do serious science in the space as well.

"The idea that we have is that the public and the kids all see actual science going on and work with it," Brady says.

The new exhibit is high tech and interactive with kiosks that make the sunshine and rainfall. Kids can don costumes and play the part of river animals.

"The parent or the teachers are the director and producer. The kids are the actors, and hopefully there's somebody with a cell phone taking the cutest video you ever saw of the whole thing," Brady says.

At the Continuum Wall, you can learn how the river connects the city to the wilderness and then see what happens when you populate it with fish and living organisms.

"You're blowing into things and spinning things and drumming," Brady says. "And at the end of it, you get a nice happy dance of a clean healthy river."

The exhibit is tied to the Seaport Museum's summer programming on the Delaware River.

"So if you're going out on our kayak expeditions, it might start here so that you learn something about the experience you're about to have, and that will make that experience that much richer," Brady says.