"It's a cool deal, and I can't wait to meet him and get started," said Tyrese Maxey.
ESPN
By Tim Bontemps 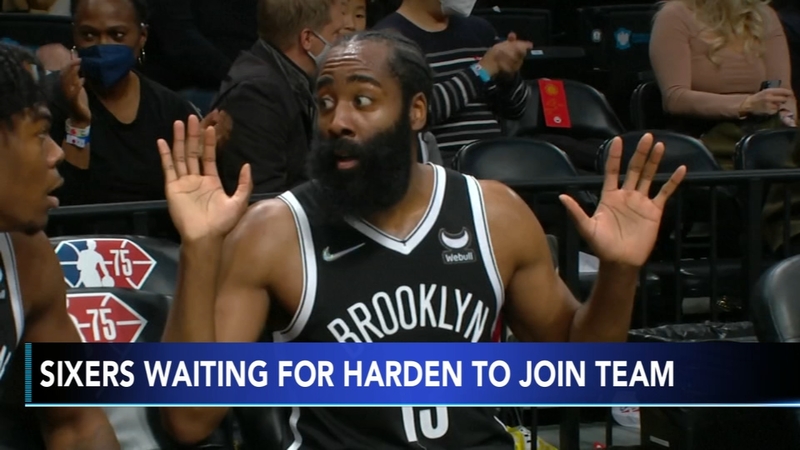 PHILADELPHIA -- James Harden may officially be a 76er, but his debut will have to wait.

The newly acquired superstar guard will not play Friday against the Oklahoma City Thunder or Saturday against the Cleveland Cavaliers, as he is expected to arrive in Philadelphia this weekend and get looked over by the team's medical personnel.

Harden, who is averaging 22.5 points, 10.2 assists and 8.0 rebounds per game this season, has missed the past week with hamstring tightness. That issue saw him sit out his final three games with the Brooklyn Nets before Thursday's deadline-day blockbuster sent him and veteran big man Paul Millsap to Philadelphia in exchange for Ben Simmons, Seth Curry, Andre Drummond and a pair of first-round picks.

The player Harden will eventually be sharing a backcourt with, Tyrese Maxey, said it was surreal that someone he grew up watching is now going to be his teammate.

"It's kind of crazy, because he was one of the guys you played with on (NBA) 2K when you were a younger kid," Maxey said after shootaround Friday. "I call him my brother, one of my best friends that I had throughout high school, he was the biggest James Harden fan growing up. I texted him last night, and we talked about it a little bit. He said, 'It's crazy. I played with you, and now you're playing with my favorite player.'

"It's a cool deal, and I can't wait to meet him and get started."

Maxey said Sixers coach Doc Rivers told the team that practices and shootarounds are going to be more intense moving forward as Philadelphia tries to get its new-look roster up to speed.

"It's going to be great," Maxey said of playing alongside Harden and Joel Embiid. "It's two MVP-caliber players on top of what we have here already. I think one thing that's really going to help us is the chemistry and the brotherhood that we have here. It's easy to welcome someone in, no matter who it is, Paul, James, it's easy to welcome people in because of the continuity we have here already. The guys here like each other, like being around each other, like talking to each other and also like playing extremely hard for each other on the court.