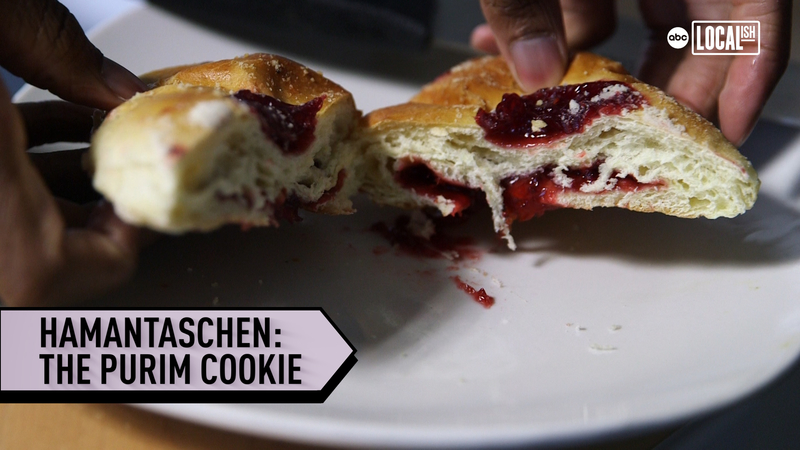 CHICAGO -- Every Jewish holiday has its own food rules - what to eat and what to avoid eating - as a symbol for the lessons being taught. On Purim, the most joyful holiday on the Jewish calendar, Jews celebrate with a cookie.

The most common type in the U.S. is made with cookie dough and can fit in your palm. But the traditional version from "the old world" (a.k.a. Europe), is made with yeast dough and looks like a filled sweet bread. Tel Aviv Bakery makes both types.

The cookie derives its name from Haman, a prime minister in ancient Persia who ordered to have all the Jews killed. According to the biblical story, the Jews were able to overcome the threat Haman posed through a series of miracles. Today, Jews remember Haman's failure to eradicate them by eating a cookie in the shape of his triangular hat.

"A Hamantaschen is wrapped up. Inside you'll have something sweet. On the outside, you don't see the sweetness," Rabbi Levi Notik said. "Purim reminds us to stay positive even when things are difficult."

Notik runs a synagogue and food pantry directly across the street from Tel Aviv Bakery. He said that cooking, eating, and sharing food is one way that Jews bring holiness into their daily lives.