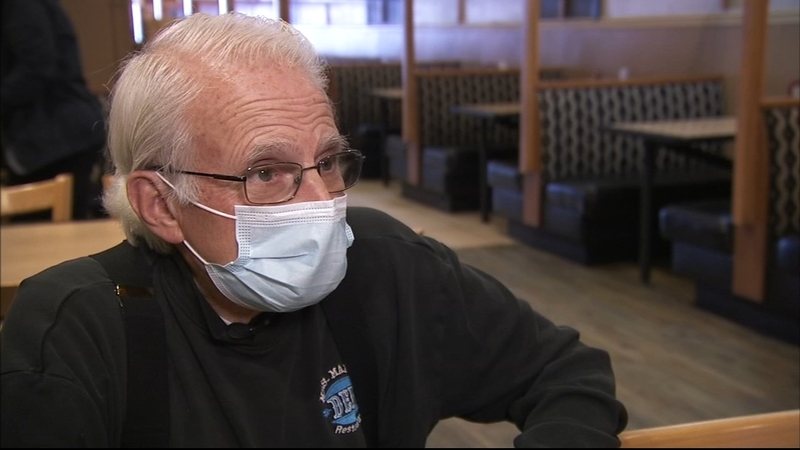 BROOMALL, Pennsylvania (WPVI) -- A longtime Delaware County business owner has served up traditional Jewish specialties in his New York-style deli for over 35 years.

Marty Godfrey says he grew up working in the family food business.

His parents, Bill and Hattie, operated a market in Media, Delaware County, which Godfrey later purchased and made his own in 1984.

"There was no deli in the Media area at the time. So we did it, and it became so popular and so crowded that it was uh unbelievable," said Godfrey, owner, and president of Mrs. Marty's Deli Inc.

In 1987, he moved his New York-style deli to its current location in Broomall, Delaware County, calling it Mrs. Marty's Deli.

"Well, it's very family-oriented," he said. "We try to make, cook everything here ourselves. We try not to use frozen We're known for our chicken soup, our chicken salad. We make it fresh almost every day."

Mrs. Marty's Deli has a corned beef special that is made with fresh rye bread, coleslaw and Russian dressing. Another of Mrs. Marty's favorites is the grilled Reuben with corned beef and sauerkraut.

"We add swiss cheese to it," said Godfrey. "And the bread gets nice and grilled."

Godfrey says he steps in where needed at the deli, and his wife Marilyn - aka Mrs. Marty - who works as a nurse, has been helping out as well.

"I was always taught that if you own something, know how to do everything," he explained. "I start around 4:30 in the morning and I go home about eight o'clock at night. It's socialization and more than business."

Godfrey says his business took a hit because of COVID, but he's appreciative of the support he's received from his community and customers to keep his family's legacy alive.

"They came back to support me. The customers that are normal, our everyday customers, were more than just customers. They were friends, and we have to thank a lot of people for that," he said.