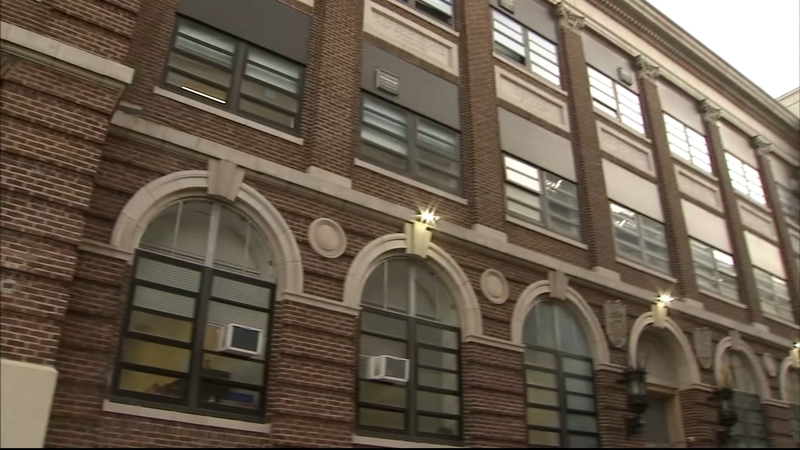 The news came as a shock to students at Hallahan Catholic School in Spring Garden Wednesday night, when they found out that their school would be closing.

"I found out through my friend's Snapchat," said Taylor Funk who is a senior at Hallahan. "All of a sudden it was all over social media that it would be closing.

The Archdiocese of Philadelphia announced Wednesday that it would be closing both Hallahan and Bishop McDevitt in Wyncote.

This summer, the Archdiocese of Philadelphia began a sustainability study of Catholic schools across the area. The group charged with that study is called Faith in the Future. It includes current and former CEO's who support catholic school education.

Part of the decision to close the schools was financial.

The archdiocese says it had become difficult to support families needing financial aid. Enrollment at both schools is also at only about 40% capacity. Neither school has more than 400 students.

"Our graduating class only has like 90 girls, which is really weird when you think about (the fact that) there used to be thousands of girls who used to go here in a year," said Funk.

Current students will get assistance finding new Catholic schools to attend next year. But that's of little comfort to alumni who say they were never warned that their alma mater was in dire straits.

"Hallahan has graduated doctors, nurses, scientists, philanthropists," said Hallahan alumna Diane Travaline. "They have people who could have stepped up. And we were never even told."

"We have a large alumni, and it isn't fair that they didn't tell us that they were thinking about closing it," she said. "I think they're (alumnae) are going to try to rally to save it but I don't know if we can."

Some Hallahan alumnae wonder if the prime real estate location of the school had an influence on the decision to close it.
"It's suspect as to why they would do this and not give an alumni as large as ours, the opportunity to save the school," said Hallahan alumna Anne Marie Campanella.

High school sweethearts Donna and Kurt Werner, who met at Bishop McDevitt, wish they would get some advanced notice of the school's status too.

"It's a strong community," said Donna, "More people would've stepped up and tried to help out."

Closing Hallahan means losing a piece of history as it's the nation's first Catholic school for girls.

"You'd think if maybe they're going to save anything it would be Hallahan," said Leonard Tenuro, whose daughter is a freshman at the school. "It's a dark day."

The CEO of Faith in the Future, Irene Hannah, says they had to make the difficult decision to close the schools.

"Enrollment is certainly a key driver. It's very difficult to support what the families need in terms of financial aid, robust academic offering," said Hannah.