NFL has 'moved on' from Colin Kaepernick, commissioner says 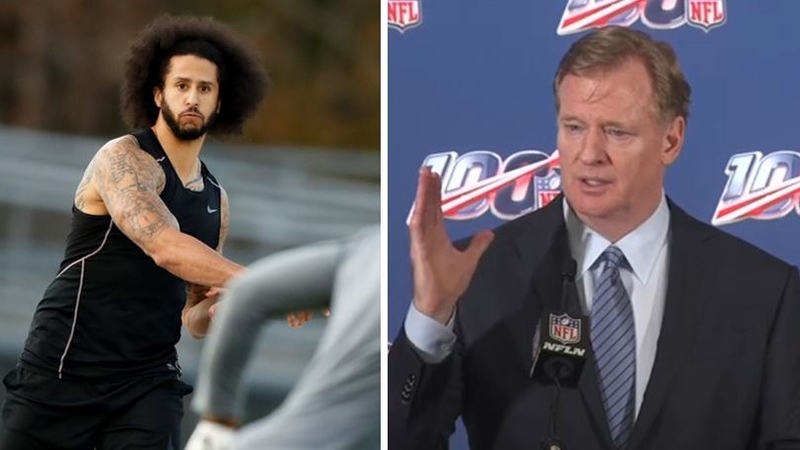 NFL Commissioner Roger Goodell says the league has "moved on" after creating an opportunity for Colin Kaepernick, the free-agent quarterback who hasn't played in three years.

Last month, the NFL sponsored a workout for Kaepernick at the Atlanta Falcons training facility in Flowery Branch, Georgia, before Kaepernick changed the venue that day, choosing to run his own workout in Riverdale, south of Atlanta.

Kaepernick's attorney called the workout the NFL organized a "publicity stunt" designed to benefit the NFL.

Goodell spoke to reporters at the league's winter meetings in Irving, Texas, on Wednesday.

"This was ... about creating an opportunity, which Colin's representatives came out in early October and we created that opportunity. It was a unique opportunity -- an incredible opportunity and he chose not to take it. I understand that. And we've moved on here."

Kaepernick's attempt to return to the league has fallen on deaf ears as no team has contacted his agent since the workout, according to an ESPN report.