'The only superstar is Jesus': Kanye West speaks at Joel Osteen's Lakewood Church 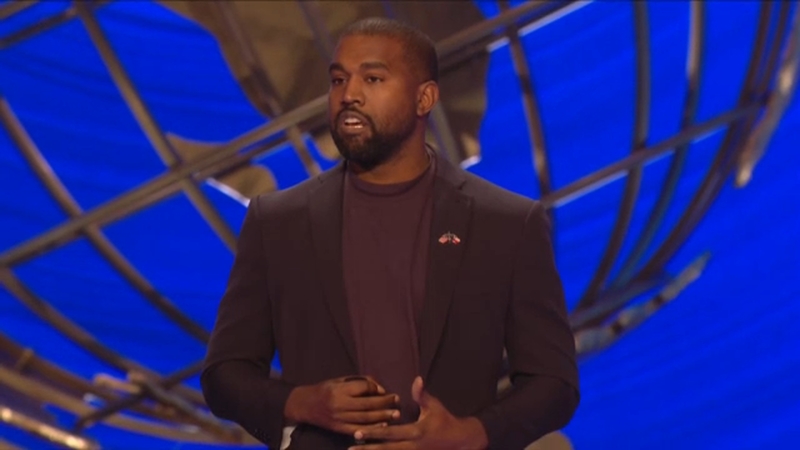 HOUSTON, Texas -- In one of his most spiritual collaborations yet, rap superstar Kanye West took the stage with Joel Osteen at the popular preacher's megachurch in Houston Sunday.

The morning service was one of two opportunities to see West at Lakewood Church. Though entry is free for the evening event, some scalpers who scooped up tickets were selling them for $500 each.

A church spokesperson said the 42-year-old Grammy award winner attended the 11 a.m. CST service for a conversation with Osteen on West's faith journey and overcoming adversity.

West spoke about how he feels many producers, musicians, artists, designers, and business people aren't working towards their faith.

"The greatest artist that God ever created is now working for Him," said West, referring to himself. "I'm here in service to God. No weapon formed against me shall prosper."

On a more humble note, West said, "The only superstar is Jesus."

Kanye West has taken the stage at Lakewood with Pastor Joel Osteen. “The greatest artist God has ever created is working for Him.” https://t.co/lFTcM9TjnZ pic.twitter.com/QcPxjDM5Px

Later in the evening, West is scheduled to hold his own "Sunday Service" at Lakewood. The free tickets, which became available on Saturday, were gone in less than 15 minutes. For those who were able to score tickets, doors open at 5:30 p.m., and the show is set to begin at 7 p.m.

"Sunday Service" started as a small gathering among West, wife Kim Kardashian, their family, and his choir, but has now grown into a cultural phenomenon. Sunday will be West's largest, where he's expected to reach over seven million viewers.

Fans lining up to see Kanye West at Lakewood Church

Those who couldn't attend in person can watch the service on the church's Facebook and YouTube pages, website, app and on SiriusXM's Joel Osteen Radio channel 128 as well as the SiriusXM app.

The visit stems from a personal invite from Osteen on Oct. 25. A spokesperson said Osteen and West "do speak from time to time," and according to an article published by TMZ, Osteen is a fan of West, and believes his life is rooted in faith and love.

West began his Houston visit at a local jail, performing for more than 200 inmates, who were clearly moved by the mini concert.

In October, West released his ninth studio album "Jesus Is King," and the gospel-inspired album debuted at number 1 at the top of the Billboard 200.

I talked to a man outside of Lakewood this morning who has all of Kanye West’s album artwork tattooed on his arm. He said Kanye is an inspiration to him because he’s constantly breaking down barriers and proving that he can do what people says he can’t. https://t.co/HtgDlr110O pic.twitter.com/9FbQnbgURg