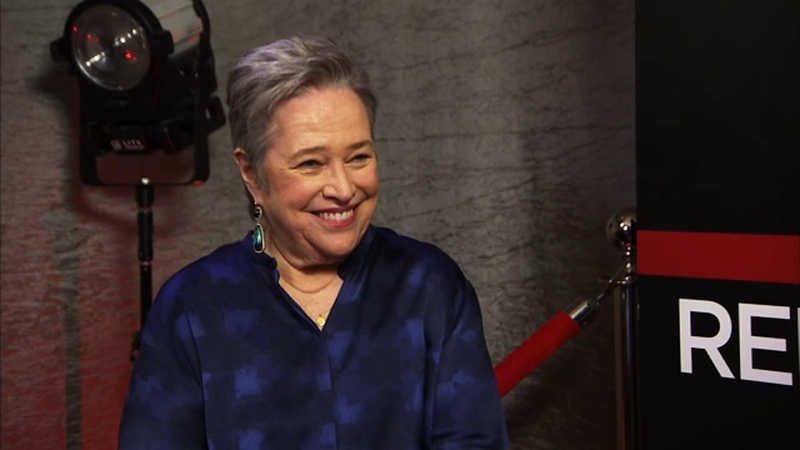 She won the Best Actress trophy in 1991 for "Misery" and was nominated two more times in the supporting category, for 1999's "Primary Colors" and in 2003 for "About Schmidt."

This year, she is up for the fact-based drama "Richard Jewell," directed by Clint Eastwood.

Bates says she feels embraced by her peers in the industry.

"You know when I started this, people said you're not a movie star type and they kept saying don't expect to do well," said Bates. "But I think because I'm a character actor, because I look not like a movie star people feel like they can relate."

While "Richard Jewell" is a serious drama, Bates enjoyed the shoot and her time publicizing the film, thanks to co-stars Sam Rockwell and Jon Hamm.

"It's just more fun because they're so hot. So cute, both of 'em," laughed Bates. "And you know I don't sneeze at getting a big ol' hug from Jon Hamm, you know?"

It wasn't a hug, but rather advice, that Bates received from acting legend Jessica Tandy when the two worked together on the 1991 film "Fried Green Tomatoes."

"I remember going to her trailer, knocked on the door, and she said 'You've come to see the wise woman haven't you?' And I said yes I have!" said Bates. "She really inspired me and I'm glad I'm still kicking and happy about what I'm doing."