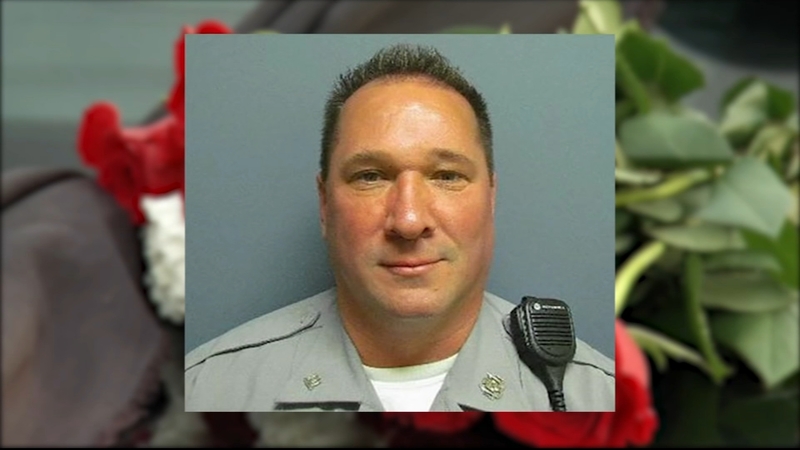 DELMAR, Delaware (WPVI) -- A Delaware police officer who was killed during an on-duty attack is saving the lives of others through organ donation.

Investigators confirm 54-year-old Corporal Keith Heacook with the Delmar Police Department has died from a head injury. The 22-year veteran of the force was injured Sunday while responding to a call for a fight in progress.

"His killer's charges will be upgraded to include murder," said Delaware Attorney General Kathleen Jennings.

"Our community, my department, his family, we all mourn," said Chief Ivan Barkley.

Jennings says the suspect stole Heacook from his family and his community and will be prosecuted to the fullest extent of the law.

"He will be held accountable for his heinous crimes against Corporal Heacook and against the elderly couple he viciously attacked and against Delmar and our entire state," said Jennings.

In a statement, Delaware Senator Chris Coons says, "The Delmar Police Department was fortunate to have a hero and 22-year veteran among its ranks, and Annie and I have Keith's family in our thoughts and prayers."

Chief Barkley says Heacook died protecting the community and even in death, this public servant, is giving back.

"I need you to know that even with his sacrifice, he is still a hero for someone. His family and the good corporal have graciously decided to donate his organs," said Chief Barkley.

The elderly couple attacked is said to be recovering at home. Funeral arrangements for Corporal Heacook are still pending.