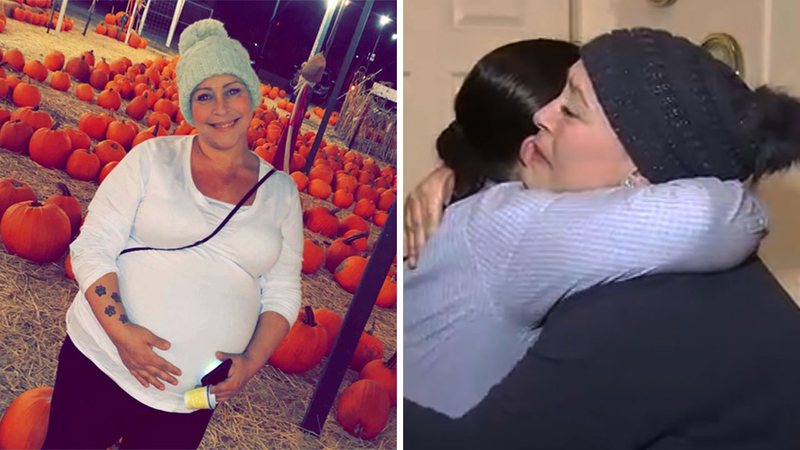 "For me to find one and for it to be 10 out of 10 at that is amazing. Nothing better in the world right now," Susie Rabaca said.

A record-breaking number of people signed up to be potential donors for Rabaca.

She is due to give birth by Dec. 6 and was in desperate need of a bone-marrow transplant to help treat her leukemia.

Rabaca is already a mother of three.

Rabaca and her family were on a mission to sign up as many potential donors as possible.

Our sister station KABC aired her story on Nov. 22 and, within days, almost 40,000 people registered for Be The Match.

"Only 3 percent of our registry is mixed ethnicity and so it can really difficult to find a matching donor. The fact that we have identified a potential match for her is really exciting," said Julie Kornike of Be The Match.

A bone marrow transplant can be a potentially life-saving procedure for those with leukemia. But for the process to work, the donor needs to be a close match. There are some 30 million people on the worldwide registry and none were a match for Rabaca - until now.

Susie Rabaca, who has leukemia, is expecting twins and needs a bone-marrow transplant to save her life.

The registry is particularly in need of people with mixed ethnic heritage for many other potential recipients without a match. Registry officials said the thousands of new donations were more ethnically diverse than average.

On Wednesday night, after getting the delightful news, Rabaca and her family celebrated.

While Rabaca hasn't met her donor yet, she had a message for that special person.

"Whoever you are out there - thank you so much. You're saving my life. You're an angel, and I hope one day to meet you," she said.

Rabaca now hopes to undergo the marrow transplant after delivering her twins. She also hopes to hit a goal of 100,000 people signing up on Be The Match before the twins' birth.

More information about becoming a potential blood stem cell donor is available here from Be The Match.