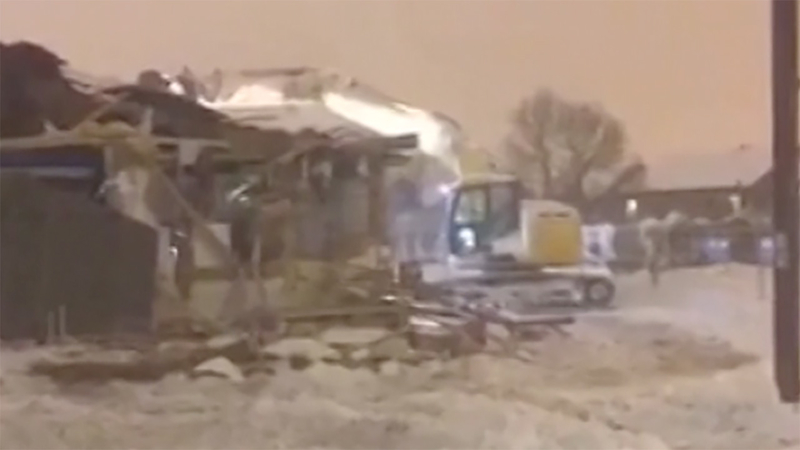 The video shows an excavator bucket repeatedly slamming into the roof of the already-damaged Lidl supermarket in Dublin as several people look on. The supermarket sustained severe damage, and the roof appeared to have collapsed entirely over one part of the structure.

Nine suspects, who range in age from 24 to 47, have been charged with theft, burglary, trespassing and other crimes, Garda Síochána, Ireland's police force, said in a Facebook post.

According to local media reports, as many as 30 people may have been involved in the looting, which happened while the Lidl supermarket was closed during a severe snowstorm. The excavator used to rip the building open was apparently stolen from a nearby snow removal crew.

"Gardaí are operating on the theory that some of the looters found a safe and it was taken outside into the snow using the digger before the bucket was repeatedly smashed on it in an attempt to open it," the Irish Times reported. Video circulating on social media appears to corroborate that account.

Lidl said in a statement that the store was unoccupied at the time of the "serious incident" and that no employees were injured.