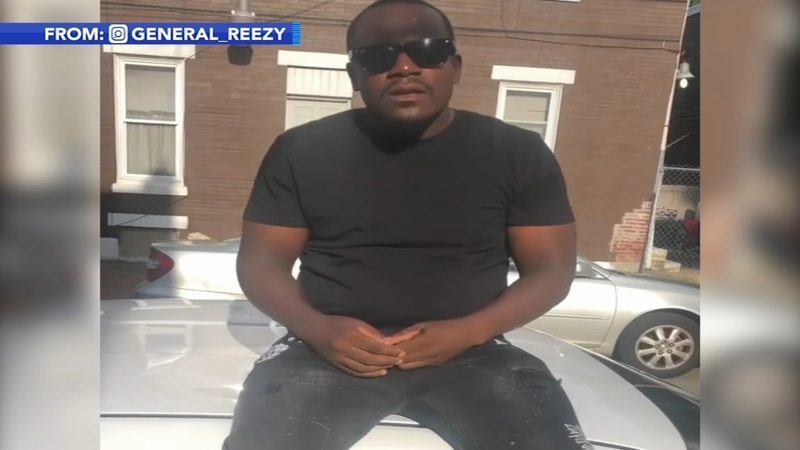 NORTH PHILADELPHIA (WPVI) -- A man and woman killed in a drive-by shooting in North Philadelphia, that also left four other people injured, have been identified.

The woman, Niesha Cooper, was pronounced dead at the hospital after suffering a gunshot wound to the chest.

"I don't know what I am going to do. I don't even know where to go from here. This is sad... I hope that y'all find the killers. Anybody that knows something, I hope y'all don't hesitate to talk. My sister was a 32-year-old woman with two kids and heart of gold," said her sister, Tiesha.

The man who was killed, 32-year-old Averill Davenport, is a local rapper who went by the name General Reezy.

He was also pronounced dead at the hospital from a gunshot wound to the chest.

The remaining victims range in age from 27 to 49, all of whom suffered various gunshot wounds.

The shooting happened around 9:50 p.m. Wednesday at 12th and Huntingdon. Police say that's when a silver or gray van rounded the corner, and a shooter with an assault rifle opened fire on a group of people standing on the corner.

"We ran to see if somebody got hurt. People laying around, bleeding. Sending people to the hospital and everything," said Andrew Aiken.

"You see a lot of police officers, helicopters flying. Everybody was outside trying to figure out what was going on, who was hurt," said Veralee Smiley.

Some of the victims were rushed in private cars to Temple University Hospital's emergency room, where crowds gathered. Extra police officers were called in to make sure everything remained orderly.

By Thursday morning a flower and candles stood at the intersection. Nearby, one of the victims walked past after being released from the hospital.

"It is horrible that you can't even sit in the neighborhood that you grow up in and not worry about somebody just coming and shooting. I don't know what I am going to tell her 9-year-old son or 13-year-old daughter," Tiesha Cooper said.

"The big issue is someone is so brazen to fire that many rounds in a crowd without regard for life whatsoever," he said.