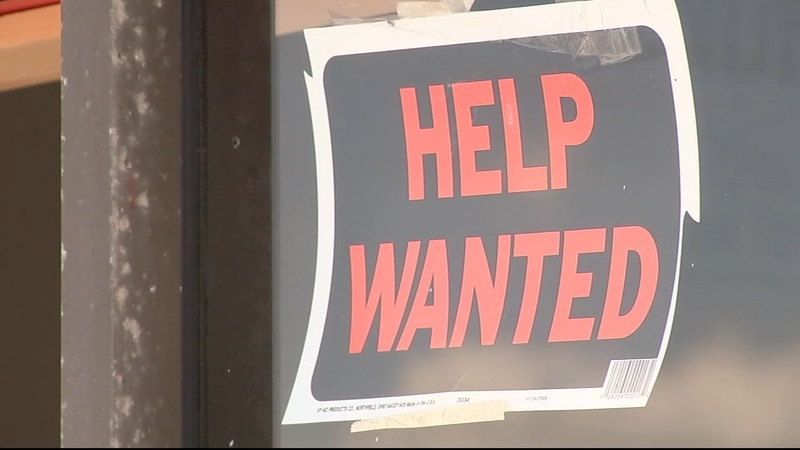 They're hoping to attract more workers for the busy summer season.

On Saturday at LaScala's Fire in Villanova, Montgomery County, plenty of tables were filled.

But the staff was far from it at all four locations.

"We are hiring all positions, dishwashers, hostesses, bussers, and I can probably fill four to six of every position for every restaurant," said regional manager Chris Borrelle.

And because so many restaurants are desperate for employees, he says it can turn into a wage war.

"One restaurant needs help so bad they'll go a dollar more. And then we have to go a dollar, and we go back and forth. The employees really are the ones in control of the situation right now," added Borrelle.

Since then are so many open positions, workers have to learn everyone else's jobs. From running the hostess stand to making drinks and making and serving food.

They say it can get hectic.

"It can get to the point where if there are only one or two bussers on, you have to bus your table to be able to flip it for the next person," said serve Carlton Morrissey.

While he lives a few minutes from the Glassboro, N.J. location, he works two days a week in Villanova because of the staffing situation.

He says through the days of takeout only and limited capacity, he's stuck with LaScala's because he likes the environment and his co-workers.

Over the past few months, he says things have picked up.

The Pennsylvania Restaurant & Lodging Association says some restaurants have had to cut back their operating hours.

"I think everybody's stepping up their game. With so many options for people to go to work, these potential employees are taking their time and seeing what the best fit is for them," said Fileccia.