4 arrested after robbery at Brookhaven Walgreens 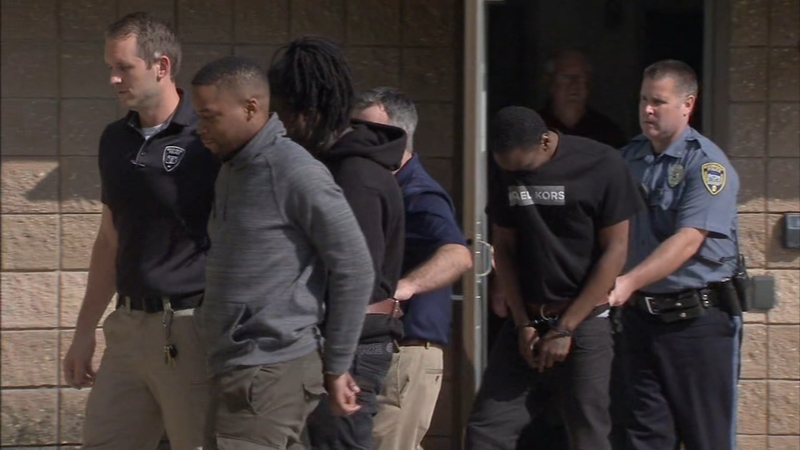 4 arrested after robbery at Brookhaven Walgreens

BROOKHAVEN, Pa. (WPVI) -- Four people were arrested after a robbery at a Walgreens in Brookhaven on Thursday morning.

Police were called to a robbery in progress at the store located on the 4000 block of Edgemont Avenue around 4:30 a.m.

That's when police arrived and ordered them to get on the ground.

In an attempt to flee, police say one of the suspects, 24-year-old Jonathan E. Jones, grabbed an employee, and turned towards one of the officers. Believing the witness was in imminent danger, the officer shot Jones in the arm.

The four suspects, who police say are from the D.C. and Virginia area, fled the scene.

Anthony Mack of Aston was so stunned to hear of the robbery, he came to see for himself.

"I was pretty surprised in an area like this," said Mack.
EMBED More News Videos

"As a result of surveillance video, brave witnesses, and excellent police-work, law enforcement was able to swiftly apprehend these dangerous defendants, who will now face the consequences of their actions for boldly and brazenly robbing the pharmacy, placing employees and customers in fear for their lives," said District Attorney Katayoun M. Copeland.