Residents have their fill of landfill smelling up neighborhood 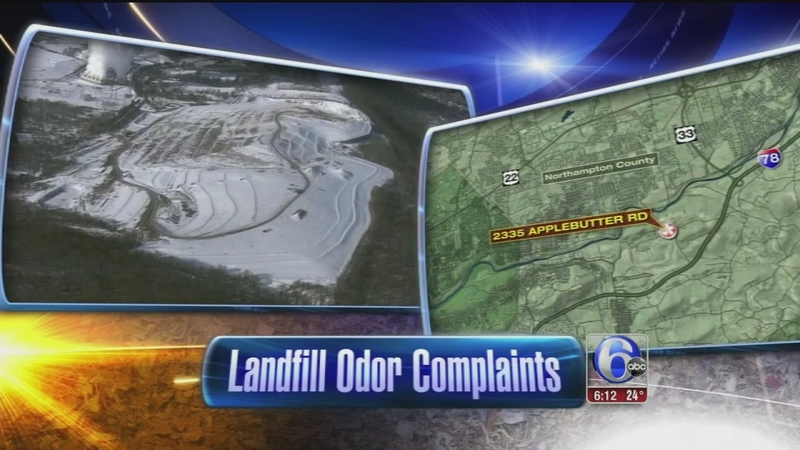 Quittley was talking about the stench that emanates from the nearby Bethlehem landfill.

Neighbors who have lived in the Steel City section of the township for many years admit they have no memory of their community smelling like a rose garden.

But they say, at times, it is now becoming unbearable.

Municipal Inspector Christopher Taylor says part of the problem is that the Bethlehem landfill is not getting any smaller.

A rising number of complaints are being filed with the State Department of Environmental Protection.

Local officials have confirmed that DEP officials will soon inspect the landfill to see if the strong order can be linked to a problem with its methane gas collection system or if it's simply because the dump has become so big.

Either way, people who live nearby say it's really gross.

"It smells pretty bad. It's like a nasty smell in the summer," Bobbi Jo Bowen said.

Meanwhile, landfill officials are working on a property value agreement in which eligible homeowners would be paid the difference between the appraised value of their homes and the sale price.

But neighbors we spoke with here say they don't want to move.

They just don't want their neighborhood to stink.