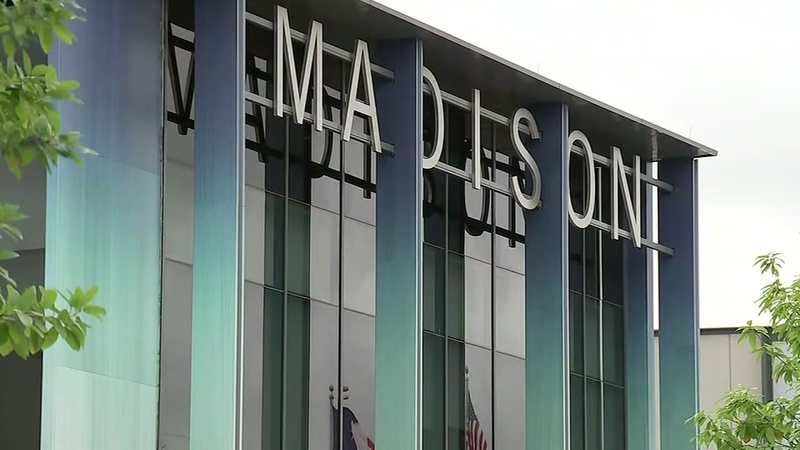 The Houston ISD school sent a mandate to Madison High School parents earlier this month asking them to model appropriate attire, in an effort to teach their children how to dress when applying for a job, or going nearly anywhere outside of the home setting.

The note stated, "We are preparing our children for the future and it begins here."

The language of the guidelines didn't pull any punches, listing jeans that are "torn from your buttocks to all the way down showing lots of skin," as well as leggings that are "showing your bottom and where your body is not covered from the front or the back."

Texas mom says school turned her away for how she was dressed. Sarah Bloomquist reports during Action News at 4 p.m. on April 12, 2019.

Anyone not following the rules set out in the letter will not be allowed inside the school until they return "appropriately dressed for the school setting."
READ: Full letter to Madison parents and guests

WTVD-TV spoke to Rosemary Young, who had to rush to the school to get her child after her younger son broke his arm.
She said due to the emergency, she had to wear a satin cap, and school officials handed her a copy of the new parent dress code. She said they are out of line.

"It doesn't matter how a parent should come," Young said. "If we come here belligerent, out of control, things of that nature, that's what you have the police for, but what I wear should never be an issue. I'm not revealing. I'm not doing anything. I don't have any weapons."

The letter continues, stating that Madison High School intends to set high standards in order to prepare children for a "prosperous future."
The parent clothing guidelines will apply to any Madison High School events, even those off the school premises.

The school said this dress code is all about helping students, by keeping the atmosphere dignified and free of distractions.