'It's a distraction from the issues': Malcolm Jenkins responds to Philadelphia FOP president 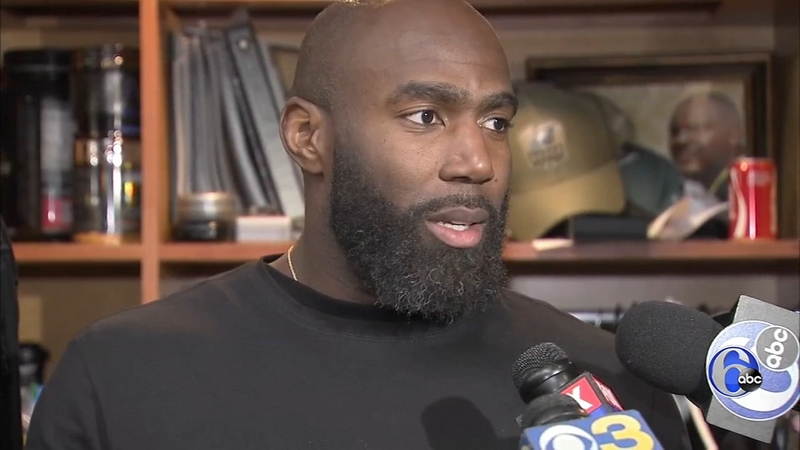 PHILADELPHIA (WPVI) -- Philadelphia Eagles safety Malcolm Jenkins is speaking out one day after Philadelphia Fraternal Order of Police President John McNesby called him "a nonresident, washed-up football player." McNesby's statements were made after Jenkins wrote an op-ed about the Philadelphia Police Department and the new commissioner needed for the city.

In the op-ed, Jenkins touched on transparency, accountability and someone who can stand up to the police union saying, "Whether, through violence or racist Facebook postings, the police union is there to defend bad behavior. We need a commissioner who isn't in lockstep with the union and who will instead push back when the union tries to hide and justify bad behavior."

Action News caught up with Jenkins on Wednesday, but he wouldn't talk about McNesby directly, but just that the war of words are "a distraction from the issues and topics at hand."

"You know, we're talking about trying to make our community safer we're trying to work together to make our community safer. And when you have this rhetoric that comes from either side-- what it does is people begin to cover who's fighting, who's talking about what, which is why I never respond to those things. I want to keep it about you know the topic at hand. I want people to start discussing, you know, what they want to see out of the next police commissioner, what they want to see out of their in police department how we want to clean up the streets and stop, you know, these senseless murders together."