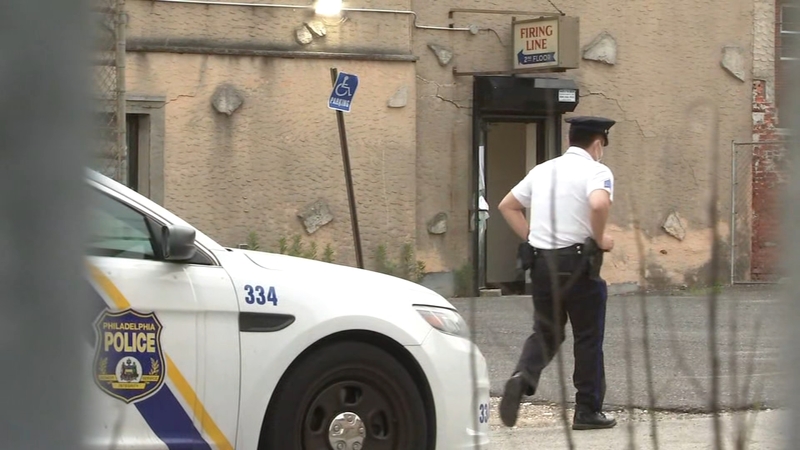 PHILADELPHIA (WPVI) -- Police said one person is dead following a shooting during a burglary attempt inside a South Philadelphia gun store early Tuesday.

It happened around 4:20 a.m. on the 1500 block of South Front Street in the Pennsport section of the city.

Police were called to the Firing Line Gun Range and Gun Store.

#BREAKING:
Gun shop owner in South Philly shoots and kills a man who was with a group breaking in, according to police. @6abc pic.twitter.com/gs4KEgX3vx

Officers said when they arrived at the store they found a man on the second floor with a gunshot wound to the head. He was pronounced dead at the scene

Investigators said the gun shop owner told them he was staking out his store following an earlier burglary attempt. He said he saw three or four men on surveillance video use bolt cutters to break through the gate and then shatter the glass door to enter the store.

The owner said he fired his weapon after one of the accused burglars pointed a gun at him.

The man suffered a gunshot wound to the head, police said.

The two to three other people ran from the scene without taking anything from the store, according to investigators.

Officials said another person arrived at Thomas Jefferson University Hospital with a gunshot wound to his shoulder. Police are unsure if this shooting is connected to the incident at this time.

Police said the owner of the gun store is cooperating with the investigation.