Bangle also admitted to making cash deposits into his TD Bank account in February of 2011 in increments of less than $10,000 in order to prevent TD Bank from filing a Currency Transaction Report with the U.S. Department of Treasury.

Officials say Charles and Mary Bangle were employees of Mack & Manco Pizza until they purchased a controlling interest in 2011.

Charles Bangle handled the day-to-day operations of the business and Mary Bangle was responsible for handling cash and payroll.

The false statements charge to which Mary Bangle pleaded guilty carries a maximum potential penalty of five years in prison and a $250,000 fine.

Sentencing for both is scheduled for October 8, 2015. 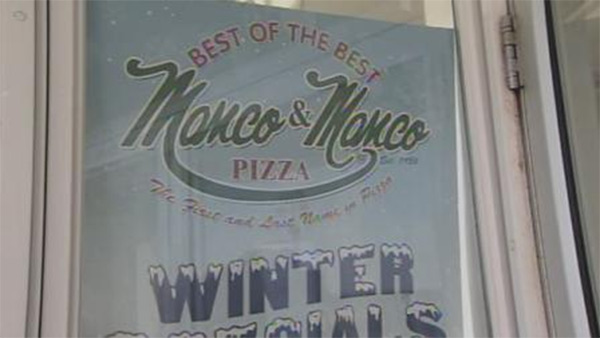 Manco & Manco pizzeria owner may get post despite tax charges