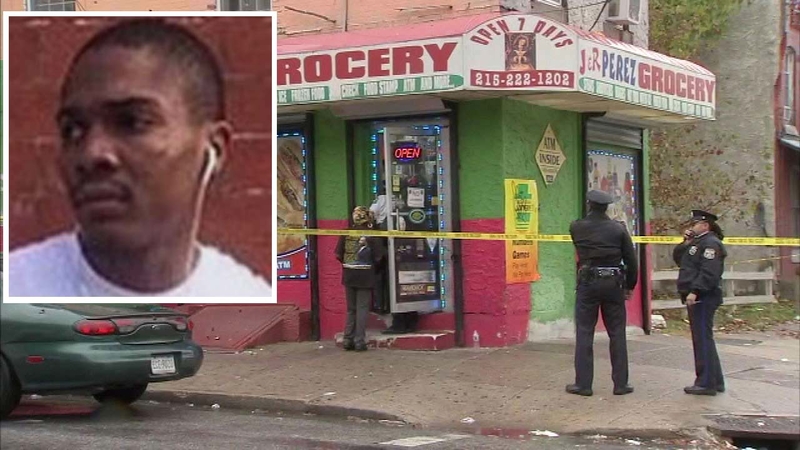 MANTUA (WPVI) -- Police are searching for a male they say shot and killed a 22-year-old man inside a store in Philadelphia's Mantua section.

The incident happened before 8:30 a.m. Tuesday on the 700 block of North 38th and Aspen streets.

The family has identified the victim as Maurice McDonald.

Jose Duran, the owner of J and R Perez Grocery was upstairs when four shots were fired inside his store.

Duran told police, he rushed downstairs and saw McDonald lying on the floor. He had been hit multiple times.

Word quickly spread about the victim, who neighbors say grew up nearby.

Pacer Brown of Mantua said, "It's my friend's son, and I'm just praying for him."

Crime tape was wrapped around the corner store as detectives collected evidence.

Duran viewed the surveillance video and said, the gunman appeared to have been specifically after the McDonald.

Police say after the shooter opened fired, he ran from the store and got into car and fled.

McDonald's mother, Tiffany Phelps, spoke to Action News. She said, "When does this senseless death end? We are killing each other..."

Phelps said McDonald just enrolled in community college and he was rebuilding his life.

"I love my son and I know he's in God's hands. It is what it is. I am just tired of these kids dying for nothing," she said.

Police are interviewing several witnesses that were inside the store. There was also a small girl inside when those shots were fired, police say.