"I want to say thank you for supporting me," said Toby Mizrachi, who is going through a fight with cancer.
WPVI
By Bob Brooks Thursday night started with a knock on the door of 10-year-old Toby Mizrachi. Then after a quick walk through his yard, Toby took a seat in his driveway. That's when the magic started to happen.

Santa Claus arrived on an Evesham firetruck with the Phillie Phanatic tagging along.

Philadelphia Phillies announcer Ben Davis, former MLB all-star Mickey Morandini, and Toby's baseball teammates were all there for the surprise, too.

It really meant so much to the young boy battling B-cell non-Hodgkin's lymphoma. He was at home Thursday night taking a break from chemotherapy. 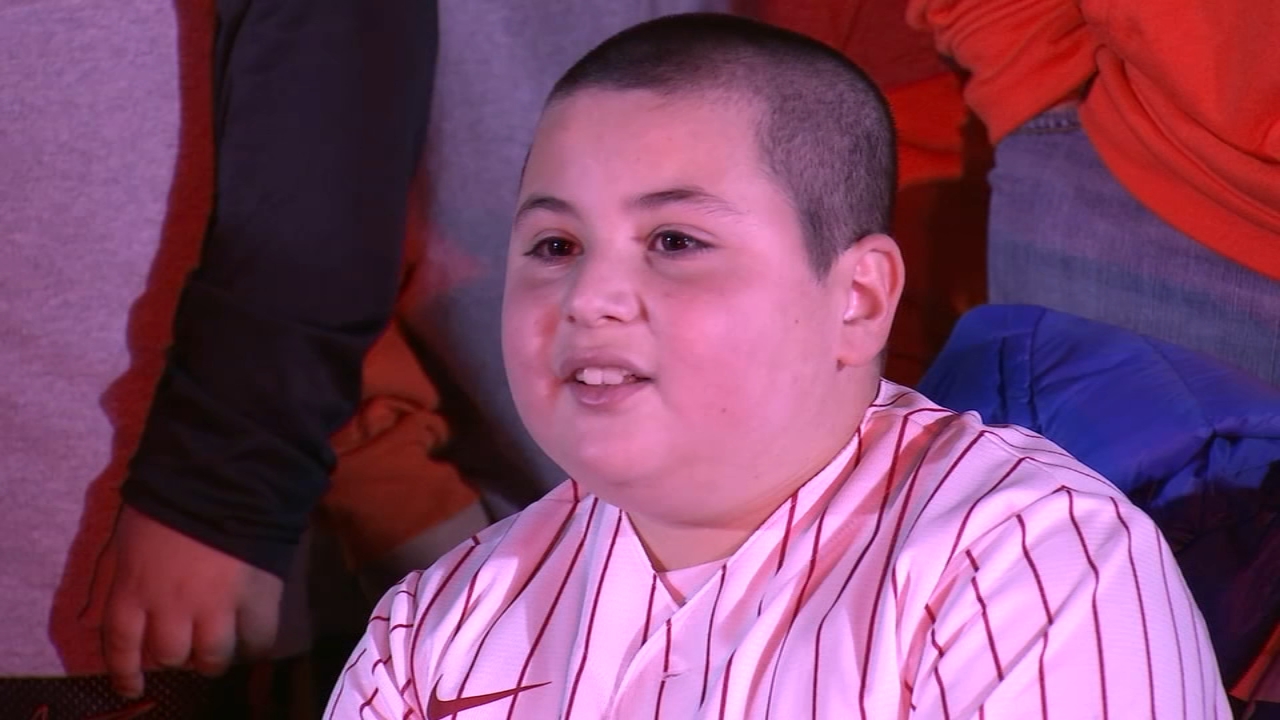 "I want to say thank you for supporting me. I can't do this without you," said Toby.

His parents say it meant the world.

"He's a kind kid, and it's so nice that the community knows this and they're giving back to him," said Toby's mother, Ilyse Mizrachi.

"We knew that a lot of people loved him, but we didn't imagine to see and feel all this love he's getting," said his father, Ari.
Toby knows he has a battle ahead, but he's tough.

"I think I can get through this really quickly," said Toby.

He also knows after Thursday night, his teammates aren't just the ones on his travel team. It's everyone around him.

"I just want to make sure he knows that he's not in this fight alone. He has so many people supporting him and helping him win this fight," said Toby's baseball coach, Steven Chiarella.

Once Toby is feeling better, the Phillies have invited him to Citizens Bank Park this summer to watch the game he loves.