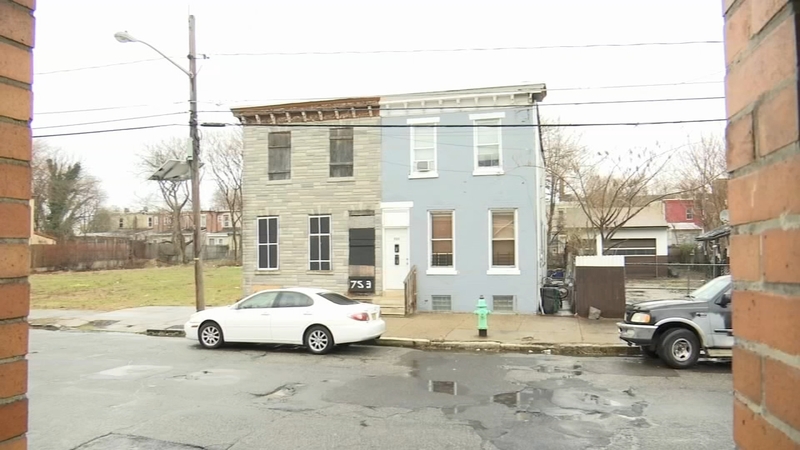 CAMDEN, New Jersey (WPVI) -- The address is 753 Walnut Street in Camden. Some of the house's boarded-up windows are painted over, others are falling off, but it still brings a lot of pride to the block.

"The great Dr. Martin Luther King Jr. stayed in there, fighting for justice," said Bryant Johnson, a neighbor on the block.

That was in 1950 when Dr. King was a student at the now-closed Crozer Theological Seminary.

The house has been empty for decades, but at least one activist, Patrick Duff, believes Dr. King's presence there should be enough to recognize it as a historic site and applied for that five years ago.

On Friday, the state said it disagrees.

"We waited four years, 10 months and 15 days for a decision and then the day after a lawsuit is signed against them to find out what's going on, they decide to deny the property," said Duff.

In a nine-page letter, the NJ DEP told Duff it's not clear Dr. King actually lived there and said to qualify as a historic site, it must "be the place where a significant event happened." Duff argues one did happen there.

"There was literally a conversation had on the steps where Martin Luther King was told not to go to Maple Shade and he said maybe we need to go down there so we can start to go anywhere we want," said Duff.

The sit-in happened in 1950 at a place called "Mary's Café" in Maple Shade, N.J. Dr. King and his friend were denied service. The bar no longer exists; there's an empty field in its place. There is, however, a plaque there that called it a pivotal moment in Dr. King's life.

"Dr. King's first sit-in, - I have to repeat that because it sounds kind of crazy - is not historically significant based on what the New Jersey Historic Preservation Office says," Duff says.

Duff says he will be appealing the decision to the National Park Service. Neighbors say a historic designation would do a lot for their block.