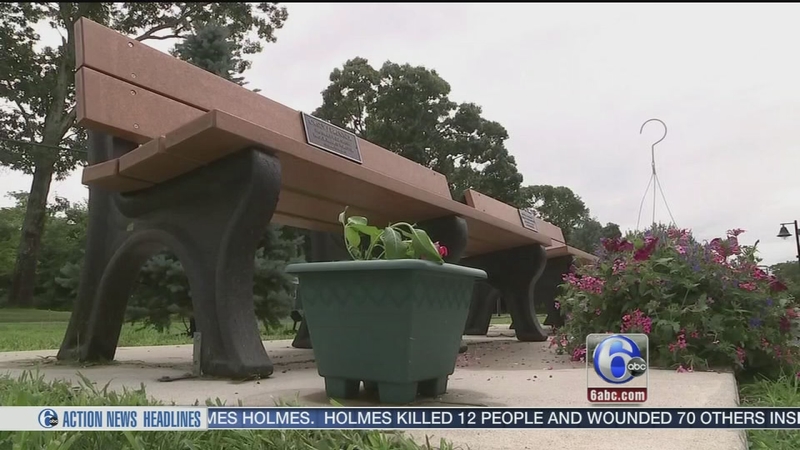 Today his family is dealing with more heartbreak.

John's son, Casey, is one of four Mainland Regional High School football players who died in a car crash on the Garden State Parkway.

The memorial bench the Brenners created in Northfield, Atlantic County in honor of Casey featured solar powered flowers in planters that would illuminate at night.

But sometime between Monday night and Tuesday morning the family says someone stole the planters.

Brenner calls the act of vandalism sad and disheartening. He says they just want them back where they belong - no questions asked - because the space is so special for grieving friends and family members.

John says, "I don't like going to the cemetery - I don't like it out there. This is where I come. I live down the street, this is where Casey hung out when he was a little boy. His Christmas tree is here, and it just kind of breaks my heart."

The same night three other memorial benches in the area also had planters stolen.

The family says they just want them back and urge anyone who knows anything or can help return them to reach out to the family.

In the meantime, the Atlantic City Country Club dropped off replacement planters.