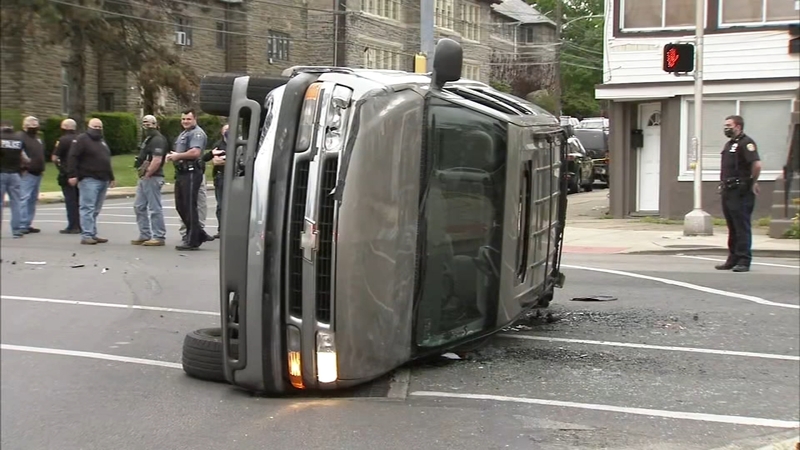 DARBY, Pennsylvania -- One man is in custody after police say he disrupted a salute to health care workers and led them on a chase through Delaware County.

According to investigators, the suspect drove an SUV through a parade of first responders who were paying tribute to the staff at Mercy Fitzgerald Medical Center Tuesday night.

Officers said the man threatened to hurt people while waving a gun.

Police said the chase came to an end when the man lost control of the car at Main Street and MacDade Boulevard in Darby.