Michael Flynn's interactions with Russia: A timeline of events 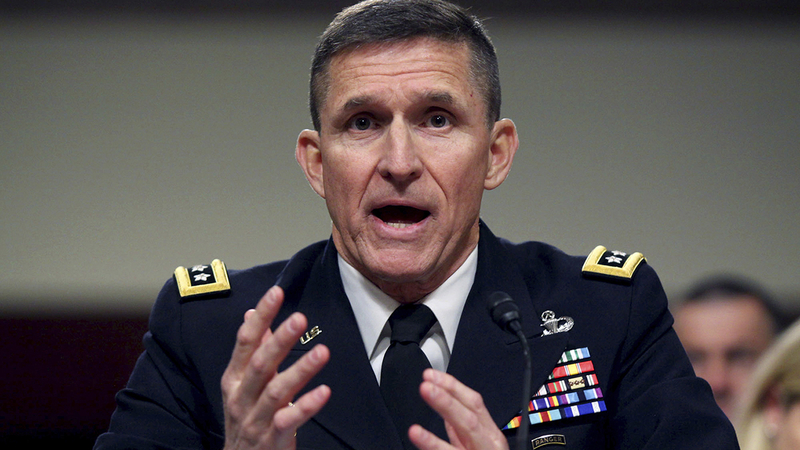 WASHINGTON -- It's been nearly a year since Michael Flynn's first alleged interaction with Sergey Kislyak, Russia's ambassador to the U.S. Take a look back at the events that led to Flynn's guilty plea.

Dec. 21, 2016: The government of Egypt submits a resolution to the U.N. Security Council on the issue of Israeli settlements. A vote is planned for the next day.

Dec. 23, 2016: Kislyak tells Flynn that Russia would not vote against the resolution if it came to a vote.

Dec. 28, 2016: President Barack Obama imposes sanctions on Russia in response to the Kremlin's interference in the 2016 U.S. presidential election. According to court papers, Kislyak contacts Flynn.

Dec. 29, 2016: Flynn calls a "senior official" on the presidential transition. Flynn and the official, who is with Trump and other senior advisers at Trump's Mar-a-Lago resort in Florida, discuss what, if anything, to tell Kislyak about the U.S. sanctions. Flynn also discusses the potential fallout from the sanctions and the view of members of the transition team at Mar-a-Lago that they "did not want Russia to escalate the situation." Immediately after the call, Flynn calls Kislyak and requests that he not escalate the situation. Flynn reports the content of that call back to the transition official.

That "senior official," though also not named in court papers, has been identified to the AP as former deputy national security adviser KT McFarland, who is now up for an ambassadorship.

Dec. 31, 2016: Kislyak tells Flynn that Russia has decided not to retaliate over the sanctions. Flynn conveys this back to senior members of Trump's transition team.

Jan. 15, 2017: Vice President Mike Pence says in an interview on "Face the Nation" that Flynn did not discuss U.S. sanctions with Kislyak.

Jan. 24, 2017: Flynn is interviewed by FBI agents investigating Russia's interference in the 2016 election and contacts with Trump associates. According to court papers, Flynn lies to the agents about his contacts with Kislyak regarding the U.S. sanctions and the U.N. Security Council resolution.

Jan. 26, 2017: Acting Attorney General Sally Yates alerts White House counsel Don McGahn that Flynn was potentially compromised and vulnerable to blackmail because of discrepancies between public assertions - including by Pence - that Flynn and Kislyak had not discussed sanctions and the reality of what occurred.

Feb. 13, 2017: Trump forces Flynn to resign from his White House post. White House officials justified the firing by saying Flynn had misled them, including Pence, about whether he had discussed sanctions with Kislyak. Flynn's firing came only after media reports about his contacts with Kislyak.

Feb. 14, 2017: In an Oval Office meeting, Trump tells FBI Director James Comey he hopes that he can "let go" of an investigation into Flynn. Comey later says he interpreted the statement as a presidential directive. At the time, the FBI had an active investigation into whether Flynn had lied to its agents.

March 7, 2017: Flynn and his firm, Flynn Intel Group, register with the Justice Department as foreign agents. The registration stems from Flynn's lobbying and investigative research work for a Turkish businessman. Flynn's firm was paid $530,000 for the work that he acknowledged could have benefited the government of Turkey.

June 8, 2017: Comey testifies before the Senate intelligence committee about his meetings with Trump and what he interpreted as the president's efforts to pressure him regarding the FBI investigation into Flynn. Comey also tells the committee that he believes Trump fired him to interfere with his investigation of Russia's ties to the Trump campaign.

Dec. 1, 2017: Flynn pleads guilty to a felony charge of lying to the FBI about his contacts with Russia. He also admits that he lied to the Justice Department about aspects of his Turkish lobbying. He also said he omitted the fact that the lobbying was directed and supervised by Turkish government officials.