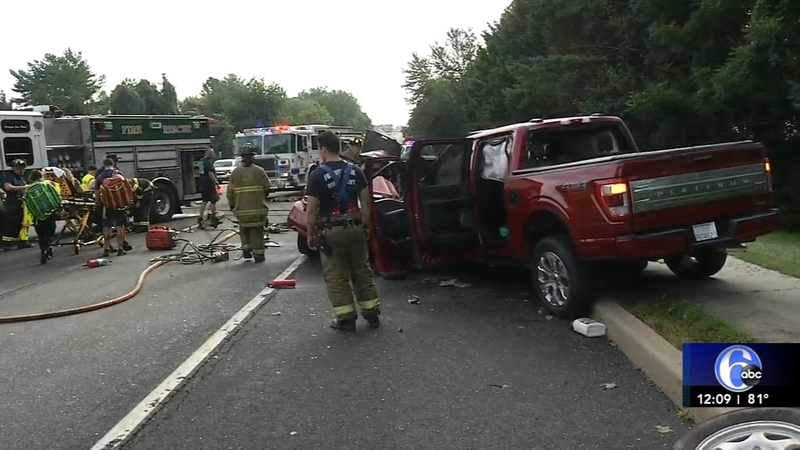 MILLTOWN, Delaware (WPVI) -- A highway in New Castle County, Delaware was shut down for hours Friday morning due to a deadly crash.

The Fusion continued traveling out of control until the passenger side of the Fusion hit the front of the F-150, police said.

The 22-year-old female driver of the Fusion was pronounced dead at the scene. The woman's identity has not yet been made available.

The 60-year-old driver of the F-150 and a front-seat passenger were taken to Christiana Hospital with serious but non-life-threatening injuries.

All lanes of eastbound Kirkwood Highway/Route 2 were closed while authorities investigated and cleared the crash. They have since reopened.

The investigation into the crash is ongoing.