6-year-old boy being treated at CHOP for MIS-C after COVID-19 infection: Mother 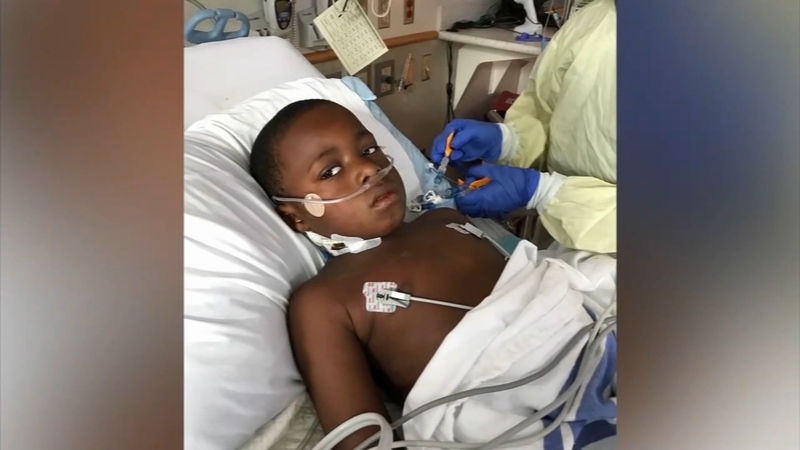 6-year-old boy being treated at CHOP for MIS-C after COVID-19 infection: Mother

PHILADELPHIA (WPVI) -- A 6-year-old boy is being quarantined at Children's Hospital of Philadelphia after being diagnosed with Multisystem inflammatory syndrome in children (MIS-C) following a COVID-19 positive test last month.

"They had to put breathing tubes down this throat, IVs coming from his neck, his arms. They came into his room every three minutes, it was just a lot," said Mincey.

Her son, Jaiden Coulter, was admitted to CHOP last week and has been quarantined in the ICU with his mother ever since.

6 year old Jaiden tells @6abc he’s feeling much better; his mother describes the last two weeks as a nightmare. She says her son tested positive for the coronavirus and is now recovering from Multisystem Infammatory Syndrome in children. @6abc pic.twitter.com/Tl2kEdOicD

As coronavirus cases among children jumped with more than 97,000 infections in the last two weeks of July nationwide, CHOP says "MIS-C remains an extremely rare condition."

The Pennsylvania Health Department says to date, there have been 40 confirmed cases of MIS-C in the state.

It was a wake-up call for Mincey who had contracted the virus herself.

"From Jaiden being a normal child growing up, no health issues, now we're here with breathing tubes in the ICU, it's an eye-opener," she says.

Jaiden was admitted to @ChildrensPhila 8/5. His mother says not only did he test positive for coronavirus, but he is now recovering from Multisystem Inflammatory Syndrome in Children. @PAHealthDept says there are 40 confirmed cases of MIS-C statewide @6abc pic.twitter.com/i9DNrYVzkn

"At first with school, I wanted my child to go back to school, but now I'm second-guessing like maybe virtual is not that bad," she said

"Practice the social distance, like they asked us to do. Keep your kids' hands washed, the coronavirus has no age limit," said Mincey.