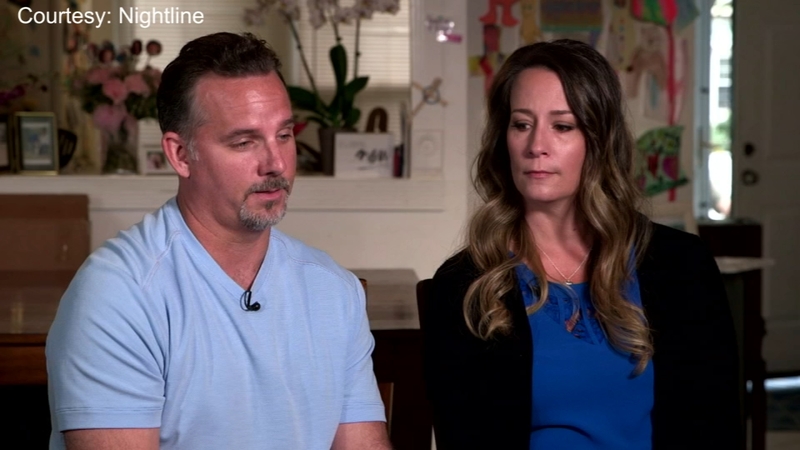 PHILADELPHIA (WPVI) -- Family members of the 7-year-old girl who was killed by her father in a Philadelphia murder-suicide last month are talking about the pain caused by the horrendous act.

"I miss talking to her, I miss holding her hand and I miss kissing her in the morning, and good night, and waking up in the morning and kissing her," said Kathy Sherlock, the mother of 7-year-old Kayden Mancuso, in an interview aired on ABC's Nightline at 12:35 a.m. Thursday on 6abc.

"I miss her little voice. I miss every single little thing about her."

Jeff Mancuso killed Kayden, his daughter, amid a contentious custody battle. Their bodies were found in a home on Wilde Street in the Manayunk section of the city.

Kayden lived most of the time with her mother in Bucks County and would have been entering 2nd grade at Edgewood Elementary in Morrisville.

"She knew she was liked, but the outpouring of love that she has received, I don't think she would've believed me if I told her," Kathy said.

Jeff Mancuso's sister, Allyson, said she will never forgive him.

Family members say Kayden was dropped off to be with her father for the weekend on Saturday and was due back on Sunday.

The child's stepfather made the grisly discovery on Monday morning.

A judge concluded that the father's history of violence - including punching the family dog - and his lack of personal responsibility and remorse, had substantially and adversely affected his relations with his daughter. Still, he ordered that Mancuso be allowed custody of her, but only from 10 p.m. Saturdays to 6 p.m. Sundays.

Family members are set to meet with Pennsylvania Governor Tom Wolf on Friday, where they will push for "Kayden's Law" to protect other children