Mother of Center City stabbing victim: I was manipulated by Philadelphia district attorney 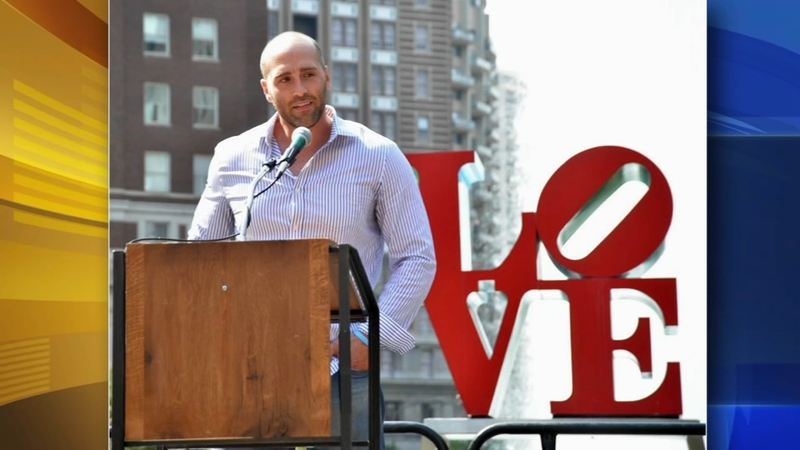 PHILADELPHIA (WPVI) -- The mother of Center City real estate developer Sean Schellenger, who was stabbed to death near Rittenhouse Square last month, says she was manipulated by the Philadelphia district attorney after hearing of the reduced charges against the suspect.

The revised charges mean White will be able to post bail.

"He has nothing to hide here. This is a fight on the highway that got out of hand," White's attorney Dan Stevenson said.

White is accused of fatally stabbing the 37-year-old Schellenger in the chest during an altercation near Rittenhouse Square on July 12.

Watch the extended interview with Greg Thompson, who spoke to us on behalf of Michael White's family.

Philadelphia District Attorney Larry Krasner appeared in the courtroom. He said further investigation is needed, but they do not have the evidence to support murder in the first degree. They are carefully considering their case.

"I thought it outrageous and I was manipulated by Larry Krasner. He was intellectually dishonest. He overruled his own prosecutors. They have clear video footage that would have allowed them to hold on murder 1 and no bail. Larry showed up at a preliminary hearing, which is rare, to grandstand for political purposes. My son has become his political pawn. I wanted to trust him. He breached and abused that trust."

In a statement of their own, the district attorney's office responded to Linda Schellenger:

"Our hearts go out to Ms. Schellenger and the tremendous grief that she must be feeling at this time. Ms. Schellenger has shown a truly compelling humanity and grace when addressing the loss of her son. Her trauma must be overwhelming.

Top officials from the DA's Office, including DA Krasner and our Chief of Homicide, met with Ms. Schellenger for over two hours prior to today's hearing. They explained in detail why our office did not feel that there was evidence to substantiate a first degree murder charge. Our office will always follow the evidence in every case and make decisions based on the facts.

The e-mail statement released this evening is starkly different from what Mrs. Schellenger repeatedly said in person and by telephone days before, as well as during and after the preliminary hearing. It also strikes a very different tone from her televised comments that aired last night.

We respect her right to change her mind. We intend to reach out to her again in the near future and look forward to further in-depth communications with her."
EMBED More News Videos