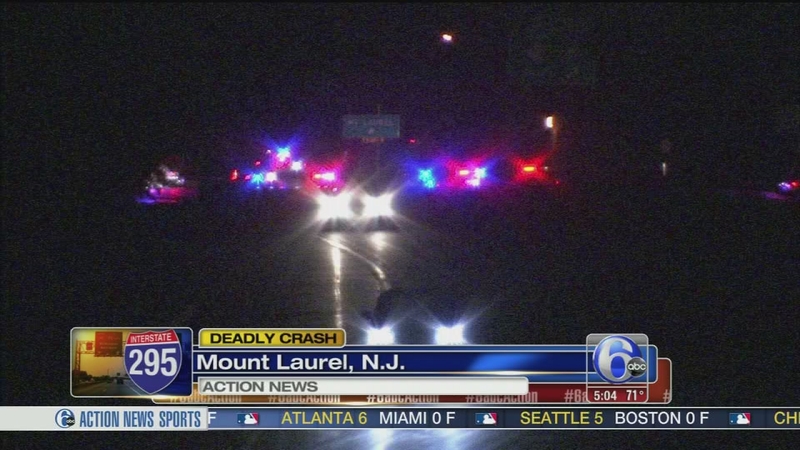 MT. LAUREL, N.J. -- One person was killed in a fiery crash involving a tractor-trailer and the accident shut down Route 295 in Mt. Laurel, New Jersey for hours.

It happened around 8:45 p.m. Sunday in the northbound lanes of Route 295 near the Route 73 overpass.

Police say the accident caused the truck to catch fire.

One person was pronounced dead at the scene. No word on that person's identity.

As a result, both directions of Route 295 and the Route 73 overpass were shut down but the Route 73 portion re-opened shortly before 11:00 p.m.

Route 295 was closed for hours, but reopened early Monday morning.