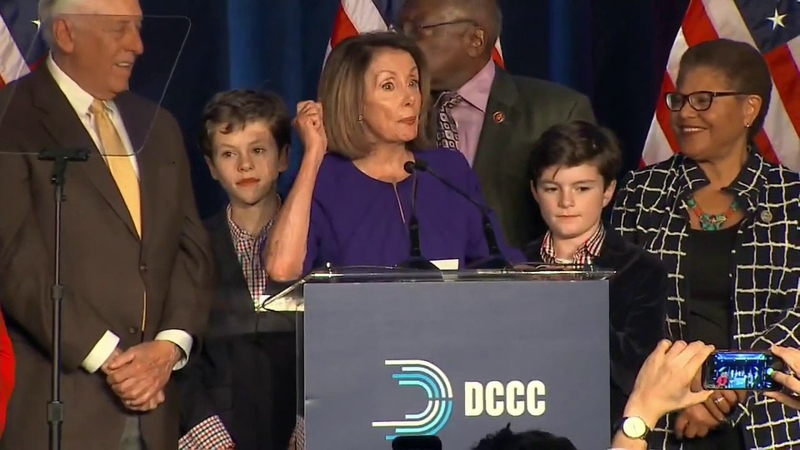 House Democratic leader Nancy Pelosi vowed the Congress will be accountable to the American people in a speech Tuesday night.

Democrats seized control of the House of Representatives Tuesday night, and are expecting to grab between 32 and 36 seats, according to a projection by ABC News.


President Donald Trump called to congratulate Pelosi as her party stood on the brink of recapturing the House of Representatives.

Pelosi's spokesman Drew Hammill said Trump called Pelosi to congratulate her and to note her tone of bipartisanship.

"We will strive for American bi-partisanship seeking common ground, as we are responsible to do," Pelosi said in a speech in front of supporters Tuesday night. "But when we cant find that common ground standing our ground."


Pelosi immediately becomes the front-runner for Speaker of the House, as the leading campaign fundraiser and the institutional legislative authority for Democrats.

Democrats are expected to hold leadership elections after Dec. 5.