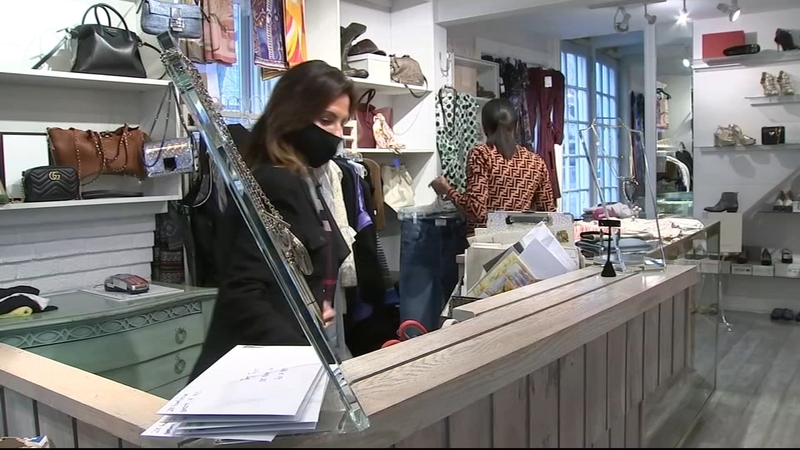 But she remembers the days when she used her expertise in fashion to work for other companies in New York City. She had a career as a high-end fashion buyer, but she was living on a shoestring budget.

Looking back, Eklund is pretty sure she wasn't being paid fairly. "I'm sure there were men making a lot more money than I was," she said.

And it's still that way. National statistics show that women make $.82 for every dollar a man makes.

In Pennsylvania, the wage gap is even bigger with women making $.79 for every dollar that a man makes. According to the Women's Law Project, it amounts to an annual wage gap at $10,507.

With March 24 being Equal Pay Day, advocates for pay equity aim to bring attention to the issue. March 24 was chosen as equal pay day nationally because it represents the day that a woman has to work into a year to make the same amount that a man made by December 31 of the previous year.

"It's a startling reality of how long people have to work into a year to make as much as the average man the previous year," said Amal Bass, director of policy and advocacy at the Women's Law Project, which is based in Pennsylvania.

The pay gap is even larger for women of color both nationally and locally.

COVID could make it more difficult to close the wage gap. Studies show that women, especially women of color, are more likely to be laid off during the pandemic, which could skew next year's wage gap numbers.

"As we're seeing all these women leave the workforce, that's actually narrowing the gap. It really shows the fact that women are being concentrated in low-wage jobs," said Bass.

For women who think they're being underpaid, Michael Sherlock of Shock Your Potential, a global professional development and training organization, offers some advice. She says research and negotiation are both key.

"Negotiate thoughtfully and purposefully. You do the research. You practice before you ask," she said. "You will gain confidence that will allow you to make steps you might not otherwise make."

She also suggests using websites like GlassDoor to research pay rates at different companies. The Women's Law Center is pushing back against rules that ban employees from discussing their pay with each other. The nonprofit is also pushing Pennsylvania to raise its minimum wage and update pay equity laws.