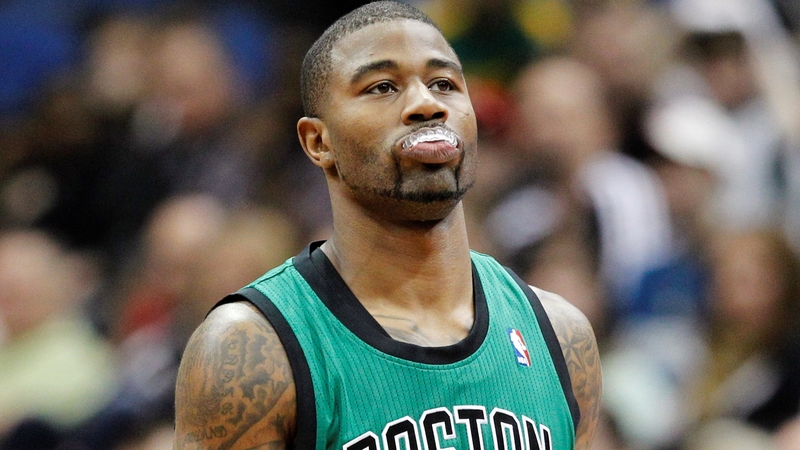 The alleged ringleader is Terrence Williams, who was drafted by the then-New Jersey Nets in 2009 and also played for the Houston Rockets, Sacramento Kings and Boston Celtics.

Authorities say he devised a way to defraud a supplemental health plan for active and retired players and roped in a slew of others to submit false claims "for reimbursement of expenses for medical and dental services that were not actually rendered."

Williams obtained fraudulent invoices from chiropractic, dental, and wellness offices in California and Washington state and sent them to the other players, U.S. Attorney Audrey Strauss said during a news conference announcing the charges.

The players then allegedly submitted false or fraudulent claims totaling nearly $4 million, from which the ex-players took in about $2.5 million. They also allegedly sent kickbacks totally $230,000 to Williams.

The records submitted by the ex-players "described medical and dental services that were not in fact provided," the indictment said.

Sebastian Telfair, Glen "Big Baby" Davis, and Darius Miles were among those charged with conspiracy to commit health care fraud and wire fraud as part of what prosecutors called a "widespread scheme to defraud" the NBA health care benefit plan.

"The benefit plans provided by the NBA and the National Basketball Players Association to our players are critically important to support their health and well-being throughout their playing careers and over the course of their lives, which makes these allegations particularly disheartening. We will cooperate fully with the U.S. Attorney's Office in this matter."

In one instance, in December 2018, Smith, a former Chicago Bulls forward, sent an invoice to the NBA Health and Welfare Benefit plan claiming reimbursement for a $48,000 root canal at a dentist office in Beverly Hills.

At the time, however, Smith was in Taiwan playing in a basketball game, according to an indictment returned in New York.

Davis, Wroten and Allen all claimed to have had crowns on the same six teeth on the same day, May 11, 2016, the indictment said.

Allen was a six-time All-Defensive team selection and a member of the 2008 champion Boston Celtics. His wife was also indicted.

For the most part, though, the ex-players charged had journeyman careers playing for several different teams and never reached anywhere close to the enormous stardom or salary that top players command.

Telfair was a one-time high school star in New York who was highly touted when he turned pro, though his NBA career with eight franchises never brought the stardom some had expected.

Davis, along with Allen, was part of that 2008 title team in Boston.

Shannon Brown won two championships with the Los Angeles Lakers, and Melvin Ely won a title with San Antonio in 2007.

Tony Wroten, Ruben Patterson and Darius Miles were the only players who averaged double figures for their NBA career.

Wroten averaged 11.1 points in 145 career games, and he was a "process" favorite among Philadelphia 76ers fans.