A motive for the woman's rampage is still being investigated.
WPVI
By 6abc Digital Staff and George Solis NEW CASTLE, Delaware (WPVI) -- Delaware State Police have arrested a woman accused of killing a pedestrian and injuring several other people during a double carjacking rampage on Sunday in New Castle.

The suspect has been identified as 30-year-old Brittallia Semaan, a resident of New Castle. 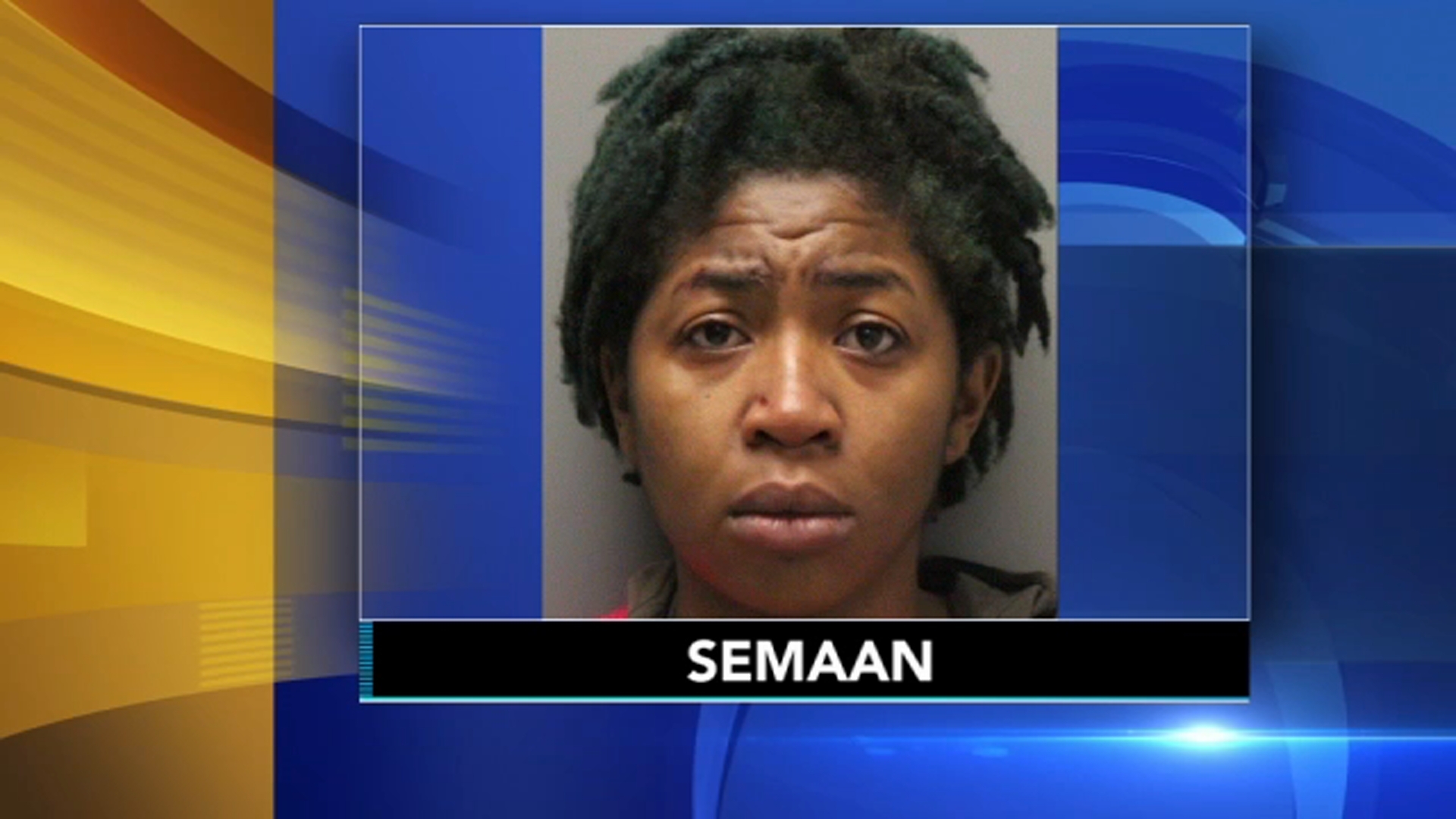 The incident started around 9:30 a.m. when police say Semaan carjacked the driver of a Chevrolet Trax on the 4000 block of New Castle Avenue (Rt. 9).

Police say a 67-year-old man, a 66-year-old woman and two juveniles were inside the vehicle at the time.

The 66-year-old woman sustained minor injuries after she was hit while Semaan was fleeing the scene, according to police.

Then, police say Semaan fled to the area of Rt. 9 and Boothhurst Boulevard where she struck and killed 47-year-old New Castle resident Joseph Stanavich, who was walking on the shoulder.

Troopers say Semaan was speeding at the time, and left her lane "for unknown reasons" and hit Stanavich.

Semaan is then accused of driving to the Brandywine Valley SPCA where police say she struck a 19-year-old woman in the parking lot. The victim sustained non-life-threatening injuries. 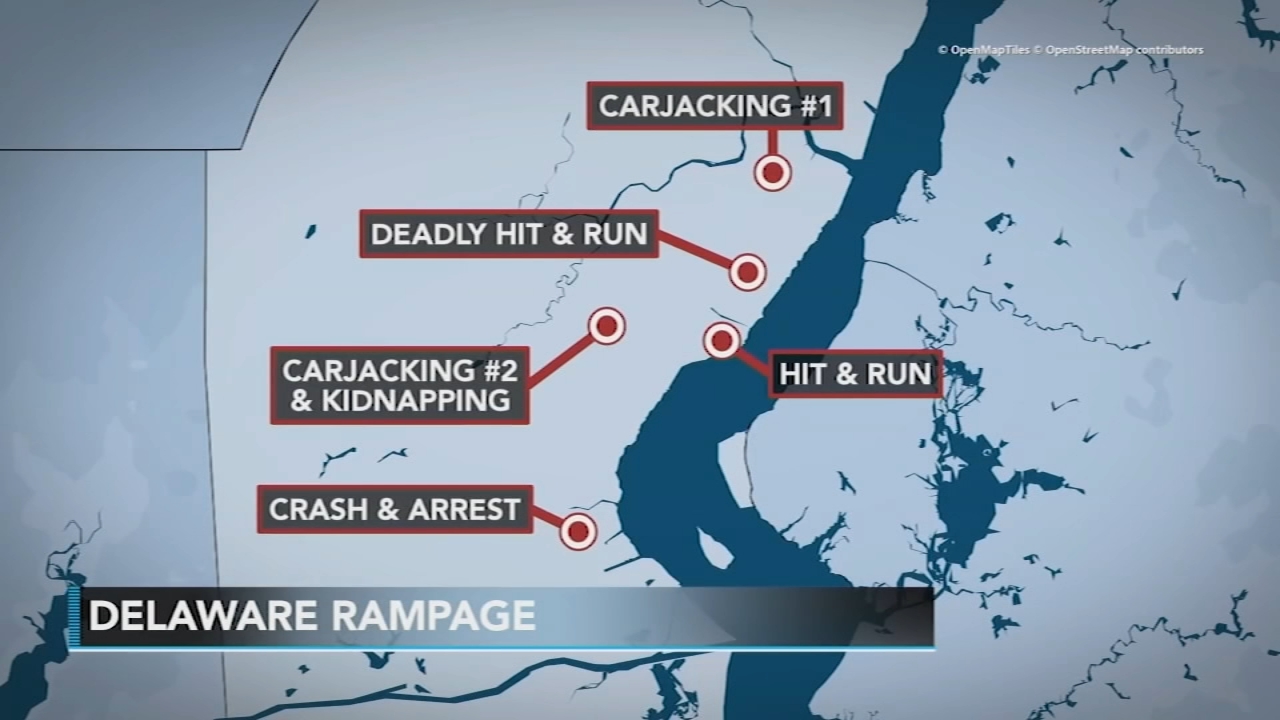 Delaware State Police have arrested a woman accused of killing a pedestrian and injuring another during a double carjacking on Sunday.

After fleeing that scene, police say Semaan struck a Maserati head-on while traveling on Rt. 141.

A 34-year-old man and a 26-year-old woman in the Maserati were not seriously injured.

After the crash, a 62-year-old man driving in a Ford Explorer stopped to render aid but was subsequently carjacked by Semaan, according to police.

"He confronted her and she was told to exit his vehicle. As she did, she entered the driver's side and began fleeing the scene with a 77-year-old female in the front seat passenger's seat still inside," said Master Corporal Heather Pepper with the Delaware State Police.

With the female victim still in the car, Semaan then fled to the area of Hamburg Road where police say she crashed into a Honda Odyssey.

The 52-year-old woman in the Honda Odyssey and the 77-year-old female in the Ford Explorer were not seriously injured.

Police say an off-duty Wilmington police officer and a former law enforcement officer, who witnessed part of the incident, apprehended the suspect at the final crash scene until troopers arrived.

A motive for the rampage is still being investigated.

Anyone who captured video of any of these incidents or has further information is asked to contact Delaware State Police.