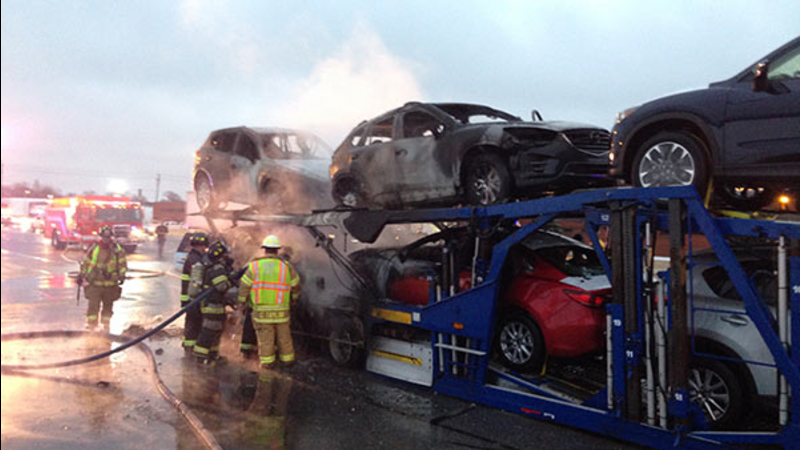 It happened around 7:00 p.m. Friday in the eastbound lanes near Route 9.

Police say the driver of the carrier pulled over when he heard a tire blow.

That's when he saw that the six Mazdas he was carrying onboard were on fire.

The driver was able to separate the cab from the carrier and he escaped without injury.

The vehicles all sustained heavy damage.

No word what caused the fire.